It was 2:30 pm. I headed to the break room for my usual fifth cup of coffee for the day. I sat down. Per usual, that stressed, sinking feeling of emptiness along with fatigue began to loom over me. I know this feeling all too well by now.

“Eh, man up,” I told myself. “You’ve managed to land the biggest accounts in the world.” I then started to hear sounds of hearty, joyous laughter. I looked up and I noticed two janitors also taking their break.  The two were chatting and laughing and didn’t seem to have a care in the world. I envied them. I wondered why I am in such a high-pressure job, and heck, high-pressure existence! I wanted to be free like the jovial janitors.

So what if they didn’t bring home a ton of money? They seemed to be quite content with living simply. Surviving and living simply appeared to be their expectation, and they were fulfilling it. I could tell solely by the lack of stress on their face compared to the look of death that had now just become my face. I wanted what they had. 10 years of education and that’s what I longed for. Not necessarily to edit my resume to include mopping, but to rid myself of this horrible message perpetuated by and upon women today.

If you have any social media account at all, I am certain you have heard this message loud and clear. Just follow any “boss babe” or “girl boss” blogger and you will hear the message of the Kool-Aid we have all been gulping. But, upon my latest revelation, I have found that the whole, “She believed she could, so she did,” is the same concept of your boyfriend asking if he can borrow money for a beer; seemingly innocent, but ultimately toxic.

This message is asking us to persevere during the times of greatest challenge because it is then that we will reap success. To have faith in your abilities because that’s all it takes.  This message is “inspiring” us to have and be it all: wife, mom, boss. Our society reveres this type of woman as just about as good a woman can get. Physician with three children? “Wow!” is what we respond with.

Why? Why is it that this is what we are idolizing and romanticizing? And, even with our most noble intention, proliferating this idea that you too can have it all! You can be your very own boss at the top of your game, with your supportive hunky husband on the side rooting for you, and your three organically raised piano prodigies helicoptered by you at their side. And of course, all of this would be on Instagram daily, merely because your life is too good to NOT post flawless pictures of it.

It’s a lot of “inspirational” noise to brainwash almost anyone. Especially someone like me. I really did think that all that was possible. And it could have been I suppose. But for me, my story went a little differently. The sinking feeling I ignored repeatedly in the break room ultimately manifested into panic attacks, and anxiety disorder. My children suffered. My husband suffered. I was suffering to the point of being forced to very seriously re-evaluate.

What was my end goal? Where did I even start to find any kind of answers on whether to continue down this path that I was on or accept that all of this trendy Kool-aid that tasted awesome, was really a bunch of sugary garbage? Even if I did decide to call it quits, how would I ever be respected again? After all, society respects success, but only surface success. No one would respect me if I decided to prioritize, oh I don’t know, NOT waking up at 2 am with a rapid heart rate and a mind full of paralyzing fear.

Where were the memes that told me what actual happiness looks like for me? I had a lot of questions to which I am still sorting out the answers. But I will tell you that the first step for me was to just stop. Stop moving. Take stock of the only things that mattered to me. The only things that brought me any real palpable, irreplaceable happiness. Which for me were my children, husband, and family.

I had to realize that leaning in is a lie and that I am not cut out for this much stress. I had to learn to not only accept, but revel in my limitations. Learning this about myself sometimes feels defeating. But as the anxiety is subsiding, I am slowly growing empowered knowing that I have a choice to carve out a life of where my choices reflect my truest self. And for that, I am proud.

Malini Issa is straight out of Plano, TX.; A 36 year old  mom who feels like a senior citizen during the weekdays, wants to feel like 23 by Friday night, but mostly still feels 72. She is mom to Kindergartner Ishaan, who is already deeply embarrassed of her.  Also mom to preschooler Mila, who will hopefully stop singing Jojo Siwa songs 24/7 sooner than later.
She is the founder of an online women’s brand, and part-time writer for fun. Mostly writes about the struggles we pretty much all face, offering zero resolution but a ton of complaints.
https://www.instagram.com/maliniissa/?hl=en
https://www.facebook.com/malini.chary
girl bosshaving it allinspirationrealitysocial media
3
Author Wannabee BLUNT 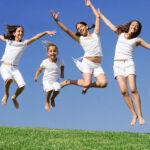 Your Kids Need to be Bored 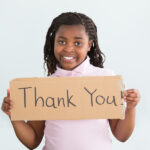 Whatever Happened to Saying Thank You?