My husband is a beautiful brown man, and our children have been graced with many of his features: height, breadth, tanned skin and brown eyes are but the physical ones.

I see him in their personalities and mannerisms too. The way my eldest’s shoulders are held hunched a little while he runs at soccer, and in the calm way my baby observes the actions around him and cheekily side smiles.

Even when my husband is gone for long days, and the kids don’t get a lot of face-to-face time, he’s no ghost. His presence is strong in our home because they carry him with them; in them.

My man doesn’t say much–it’s just not his way–but he uses hundreds more words now that we live in the city. When we moved away from Tofino, a sleepy little village at the edge of the country, he started to talk more.

I think with his family there, he needed to represent himself less. He was situated in in the epicentre of who he was and where he was from, so the details didn’t need any volume. Never mind that people just knew. People knew who he was, and what kind, and he made sense to them.

I wasn’t concerned then about what it meant for me and him to partner. Even though the lines are drawn pretty clearly across Canada’s ugly colonial history, his family is a direct result of a lovely Aboriginal woman marrying a local, but non-Native, man. His family, blended and situated amongst both sides, made sense of their identity without much report of challenge. They are a gorgeous harmony; a wonderful brood full of love for which I am so blessed to have been welcomed.

We also made sense. We came naturally to one another and there wasn’t much need for identity politics when our life was congruent and reflective of the most intimate parts of how we self define. Regardless that these definitions of self differed greatly from one another, they had inherent commonalities that bridged us. They still do.

Here, where we are now, people openly wonder. They can’t place him, they can’t place my kids. The public just knows that they aren’t quite like me in appearance.

In my profession I attend training specific to working with, working for, and working alongside Aboriginal populations: “Aboriginal ways of being and culturally sensitive practice;” “Aboriginal Social Work Practice;” “Anti-oppressive Social Work theory and practice;” “Indigenous Cultural Competence for Health Care providers.” I continue to learn.

My husband affectionately calls me his “pale skinned Indian.” It’s true that I’m pale. I’m so pale that I am almost transparent in winter. Transparent like now, when I admit to you and maybe to anyone for the first time, that I’m terrified about being so prominently white whilst playing such a dominant role in my babies lives. I’m scared I don’t have it in me. I don’t have their blood lines, the pulse of their history or the complexity of their culture running through me. I don’t have the skin to match.

I don’t know how I, as a white woman, as a privileged person, can to do right by them with regards to their ever growing, shifting and forming identity. I am their mother but I don’t know how I will raise them with a thick link to their people. How will I hold them close to the things that make them uniquely the people that they are?

My man confirmed my worst fear last week: I probably can’t teach them.

After he made a particularly bad joke, both of us giggling at it’s absurdity, I asked him:

“Do you think our boys will ever understand your sense of humour?”

“No,” he said, “You gotta be there, it just doesn’t make sense otherwise.”

Regardless of efforts to expose, immerse, and provide access to this one aspect of their heritage, only experience can truly teach them. “You have to live it” he explained.

His humour takes us back to there, back to them, and in that way the context moves with us. But where does that leave them? What can we do to nurture in them parts of themselves that they deserve to know?

We are here, removed, and they are raised by the subtleties of their father, the unspoken nuances, culture via osmosis and by me, I was a guest then and I’m lost now.

Heather was born a mom in 2009 but is still working out the kinks. She loves the CBC, aspartame beverages that are toxic and delicious, her profession, the 3 guys she shares a home with, and (sometimes) being a parent. A believer that moms are born too, she writes about her business because words make her happy and happy is good. 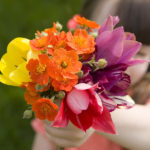 Buying Flowers for my Man 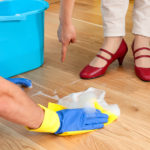 The Mess of Manscaping