Sadly the inflatable lawn decoration phase was not a phase and they continue to blow up on people’s yards more frequently than ever before. Lest you think only Christmas can be reduced to these nylon balloons, you can have seasonal eyesores for your birthday, Valentine’s Day, Easter, Independence Day, and Thanksgiving. You can even represent your favorite NFL team with an oversized football player. Yay, sports!

Some inflatables, like 1%, are sort of cute, but most are incredible tacky as they pool on the front yard in sad holiday litter before becoming erect to symbolize mass consumerism and laziness. Much like political signs planted in the ground, the inflatables people choose to represent their holiday spirit at Christmastime say a lot about the personalities living inside the house.

If inflatable Christmas decorations could channel the voices of the people who hammered them into the ground, this is what they would tell passersby.

No children live in our house. My mom and I just love Disney, specifically the timeless and traditional representation of youth through Mickey and Minnie. Seeing them wear Santa hats, stand next to a snow globe, or share a kiss under mistletoe makes us feel so festive! We’re going on a Disney cruise in February with the matching Mickey and Minnie luggage we bought each other for Christmas. Nothing says should-be-retired-mother and live-at-home-adult-daughter time like virgin daiquiris by the pool while watching Fantasia.

This and my childhood ornaments were the only decorations I got in the divorce.

I didn’t think I could find a blowup funnier than the one with Santa in the chimney with his ass on fire, but this is my best one yet! Whoever thought of putting Santa in an outhouse is a genius! I put it next to the dog peeing on Frosty, because that’s hysterical. They are to the left of my snowman stick up scene, where one snowman is pointing a blow dryer at the other one with his arms in the air. I made my own FROZEN LIVES MATTER sign to go with it! Hopefully next year they’ll come out with one that has a kid catching Santa boning Mrs. Claus. My inappropriate sense of humor makes me so funny, especially when I swear a lot and talk about sex.

All of the Star Wars Characters

Sure, those are my Christmas decorations. Merry Christmas: May the force be with you.

Any Animated Inflatable Over 10’ Tall

We will keep this thing plugged in 24/7 for the entire month of December because we have money to burn and can’t hear the neighbors’ dogs incessantly barking at it over the music it plays. We’re not sure why our neighbors hate us.

Fine. You win assholes. My kid is sick of being the only house on the block with nothing but a seasonal door wreath. Your reindeer and stupid Santa decorations have driven me to throw up this money sucking display of one of the least important Jewish holidays so my kid doesn’t feel like a denominational outcast. Happy fucking Hanukkah! And no, I don’t know the words to the Adam Sandler song.

We retired several years ago, but can’t afford to move somewhere warm. Instead we will spend money we don’t have and fantasize about Christmas on the beach. If we didn’t have to take care of our three grandkids, born to our millennial children who can’t afford daycare because they are busy pursuing a life in politics and digital short films, we would consider taking a Florida vacation. Until then, we will stare glassy-eyed at Santa on his surfboard.

Hipsters live here. Or…A small child lives here and was gifted a Santa hat wearing lion by Grandma before I could stop the transaction. Since both hipster and child love animals wearing clothing, it is in the front yard. And will likely never be seen again because tastes are fleeting and I plan to stab it on January 1st.

We keep Christ in Christmas. He is the reason for the season, and nothing will stop us from reminding everyone of this, especially those awful people at Starbucks, sipping out of their Satanic red cups.

We like to keep our decorations classy. The cast of Rudolph, Santa, and Frosty are so cliché. We only use white twinkle lights on our tree, and we decorate with fresh pine and a spritz of arrogance.

About the author: Amber Leventry is a writer and SAHM. She tries to be good at both each day, but never the twain shall meet. She lives in Vermont with her partner, the kids, and their attention deprived dog. Her writing appears on The Next Family, Parent.co, Scary Mommy, BLUNTmoms, Huffington Post, and The Advocate.Follow her on Twitter @AmberLeventry and on Instagram. 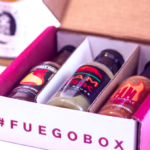 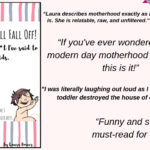