Post-divorce I became “Broken Jenny.” I didn’t know where to start to pick up the pieces of my former life. I had no idea who I was, what I wanted, or what I stood for. Not anymore. I knew I had to readjust my expectations for my future. Dating was the farthest thing from my mind yet six months later that’s exactly what I was doing. My best guy friend from high school had resurfaced in my life. I jumped in with both feet and for a minute, I regretted every boy I ever had feelings for. He was under my nose the whole time and I never even knew. Off and on for a year he showed me what it meant to have a co-dependent relationship with his mom and proved to me that sometimes people never grow up or change no matter how much you try to build them up. No hard feelings. Lesson learned.

Enter Dillon. What a beautiful disaster. I was searching for little pieces of my old self in everything I did, it was like he found me. In the death of my aspirations for self-discovery I lay desperately in its wake and succumbed to his every touch, his every kiss and the intensity in his eyes that made me feel like I was the only thing in the world that mattered. He awakened “Curious Jenny.” He was the perfect combination of Clark Gable and Christian Gray; his kiss left me speechless, trembling and begging for more. His arms around me made me feel safe and cherished and his eyes… they consumed me.

He was everything I wanted in a partner but everything I wanted to avoid. His sexuality was something I’d only read about in novels and he made me want to explore everything I’d never thought of or bothered to understand. He made me feel like it was normal to feel those desires. Maybe it is. Society dictates a certain amount of discretion when it comes to sex so, mostly, I just felt ashamed when I felt that tingle at the thought of letting another man fuck me from behind while my boyfriend watched and told him what to do to me. Those eyes though. His kiss, his touch… he was amazing, and I was rash and unapologetic in my feelings for him. I was in love with us.

“Jenny” was gone and all I could think about was desperately trying to breathe some life back into myself somehow. I tried so many things in pursuit of my authentic “self” but this was the most at home I’d felt in a very long time. To say he gave me “butterflies” would be an understatement. He challenged me the way the wind and water challenged the mountains and he moved me like an earthquake. He was a force to be reckoned with and would have nothing to do with my insecurity or baggage. In his eyes I was beautiful and funny and infuriating. He loved me.

The more we explored the more curious I became. I needed more but was afraid to ask for it. I went online and found a website that would pay me to dirty chat. I dove in head first. Pun intended. I learned that the little proclivities that I thought made me a whore were actually minor compared to what got some people off. Some wanted to be watched, some had costume play fantasies, one of the strangest encounters I recall was a guy who had a fascination with scuba diving suits. It took all types and I was loving every single minute of getting to know these people and falling in love with myself all over again.

I was back as “Confident Jenny.” I was comfortable in lingerie. I craved the dirty talk, I was discussing the possibility of threesomes and cuckholds with my new bae. I learned that lace and pearls are timeless and that I actually have a deep love and passion for boudoir and black and whites. I was beautiful, to myself. I realized later, it was never about them. I wanted to be seen but more importantly, I felt seen by myself. It was fun and harmless and liberating. That has been the most unexpected adventure I’ve taken since my divorce. Lesson learned. Oh, was it learned.

When people tell you to “find yourself” after a divorce is over, I doubt they mean to go to such extremes. What they really mean is “take a cooking class, paint something.” What they should be saying is, “I know your heart is broken and I am sorry you’re grieving. Distract yourself until you don’t want to constantly cry. Get out of bed. Take a shower. Eat the ice cream and do whatever it is that will bring you joy on this road to self-discovery because nobody, no matter what they say is going to be able to do anything to make it right for you. Not right now. In time you’ll piece yourself back together. Do you. Whatever that means.” Lesson learned.

This author has chosen to publish her piece anonymously. 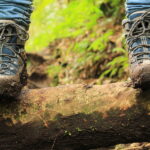 The Aftermath of Bullshit 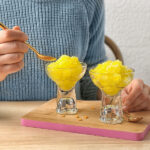