Christmas is coming and I have a confession to make- I find shopping for adults so much harder than shopping for kids, or even teenagers. And shopping for my husband is the worst. You might think that after all these years of marriage I would know him well enough that it would be easy. You would be wrong.

There really isn’t anything I can think of to get him that isn’t, well, boring. And useless. We already have plenty of stuff. Sure, some of it is old and has been around for a while, but the idea of buying stuff that is just like the stuff we already have so it can be “new stuff” sitting next to the old stuff (which is perfectly good stuff) seems a bit ridiculous. So, every holiday season the same thing happens. I run through the list and fail to come up with anything original. Watch? Pen? Sweater? Knives? No, no, no, no. Then, somewhere around December 20th, in a complete panic, I come to the same conclusion.

“Everyone can always use new socks and underwear, right?”

After weeks of desperately trying to come up with something, this starts to sound like a really good idea. Because nothing says Festive Holiday Season like a package of tighty whities, amiright? And don’t even get me started on my brother and brother-in-law. A 12 pack of crew socks adds a special level of creepiness to the family dynamic. Don’t ask how I know. But year after year I end up there anyway.

So when someone suggested I try Fuego Box I figured, what the hell? I’m up for anything that doesn’t have Fruit of the Loom stamped across it at this point and a hot sauce of the month club is right up our alley.

Fuego Box makes hot sauce gifts. Score one point right there since my husband loves hot sauce, like everyone else on the planet. When the box arrived I noticed one thing straight away—it’s in a really cute gift box and you know what that means, right? NO WRAPPING SUCKAS! Slap a bow and a name tag on that thing and you are good to go.

Then, as I watched him putting sauce on his eggs, in his ketchup and on potato chips I realized a couple things. One, this will work out perfectly for a gift and two, is there nothing he does NOT put hot sauce on?

And the very best part of all this is the fact that I can purchase these hot sauce gift sets for everyone on my list while I am sitting at home, in my pajamas, drinking wine and watching TV.

So Merry Fuego Christmas bitches. It’s hot sauce all around.

Disclosure: We were provided with a Fuego Box to try, but all opinions are our own. 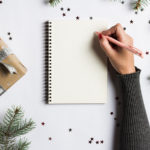 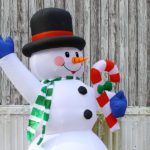 What Your Inflatable Christmas Decorations Say About You