I would have addressed you by your title of Sheriff, but when you google the role of your job description it states that “A Sheriff is responsible for keeping the peace and enforcing the law.” Protecting and serving the people in his county.

Your post on Facebook regarding refusing to allow your officers to carry the lifesaving drug Narcan enforces the stigma surrounding a disease you obviously know nothing about.  Also, it gives me the impression that you are suffering from what I refer to as the God complex.

You see, your refusal to allow Narcan to be readily available means that you are the one deciding who lives or dies during a medical emergency.  I guess you must feel the same way about your officers carrying a defibrillator or an epi-pen that fall under the category of emergency care until the real EMT crew arrives and does the job you’re preventing your first responders from preforming in the time frame that might just save a life.

You make the statement “They make that decision when they stick that needle in their arm.” I hope you understand how your statement shows your absolute ignorance regarding the DISEASE known as Opioid Use Disorder.  I understand that’s a stretch for a small-minded man like yourself to understand, but as a nurse, I feel the need to educate those who feel it’s their right to place judgement on people they know nothing about.

According to the National Institute on Drug Abuse, yes I’m sure that’s not in your magazine rack in your bathroom at the Sheriff’s office, but let me explain: addiction is defined as “a chronic, relapsing BRAIN disease.”  Scientific research has proven that opioids restructure the wiring system of the brain.  The defining symptom of addiction is the loss of control over substance use.  To make it easier for you to understand it’s the exact thing as that ugly cigar hanging from your mouth.  You know it causes cancer but you continue to smoke. So when you get lung cancer, would you want a stranger telling you to die because you stuck that ugly piece of rolled tobacco in your mouth?

Another piece of information you obviously do not realize is that 7/10 people became addicted to legally prescribed opioids after surgery or an injury.  Doctors in your state caused your epidemic by overprescribing massive doses of opioids that were originally created for cancer patients and end of life care.  I’m sure that really doesn’t concern you, but rather than continuing to present yourself as an ignorant man who obviously believes that sticking needles into their arms is how the epidemic started, perhaps you should research the prescribing habits of the doctors in Butler County.

Perhaps you should step back from playing God and rethink your ignorance and stigma regarding human life. Looking at your pictures, I’d guess you are at high risk for heart attack, cancer, and possibly a stroke.  I’d guess you must have someone who could possibly love a close-minded, judgemental man like yourself, although I do find it hard to imagine, but they say there is someone for everyone. My hope for you is to never eat your words. But my truth is I pray you are forced to eat your words. Addiction happens to people from all walks of life.  I’d bet even you or someone in your family could one day suffer an injury that would lead you down the road to addiction.  You see, addiction really doesn’t discriminate whether you’re a bigoted, ignorant Sheriff or just a young man suffering from this misunderstood disease.

I lost my son in January of 2015. He never stuck a needle in his arm. He followed his physician’s orders and before he knew what was happening he became addicted. You see, those pills never came with any warning on the label. You know, like a pack of cigarettes or cigars do warning of cancer.

I’ll end this by saying I’ve probably wasted my breath. People like you have no compassion for anything or anyone that doesn’t fit into your agenda.  But I will tell you this. If I’m ever in Ohio and you go down, I will be that nurse who walks away, allowing you to die without a second of remorse.  You see, I’ll remind you as you lay dying that you stuck that cigar in your mouth, you’re overweight, and Butler County will be a much kinder place without you as Sheriff.  Like you, I’ll remind you that I’m not the one who decides if you live or die. 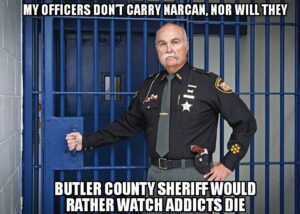 After losing her youngest son, Matt from an overdose of prescription drugs he received after back surgery, MaryBeth left her career as a NICU nurse and became an addiction advocate in her state.  She has testified before both the Senate and the House in her state’s capital and has played a large part in passing bills that have changed how the disease of Substance Use Disorder is treated in her state.
She played an integral part in the passing of The Opioid Impact Fee Bill which will bring in revenue from the pharmaceutical industry that will be used for the treatment and prevention programs in her state. Delaware is the first state to have this bill signed into law. When not advocating she rescues homeless dogs and writes her blog mother’s heartbreak.
Butler County sheriffdrug addictionNarcan
23
Author Wannabee BLUNT 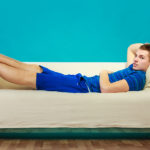 17 Reasons Why My Teens Need School To Start 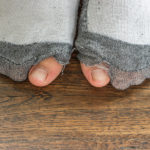 Can We Talk About Men’s Socks And Underwear?