I see a lot of movies. I escape all the noise and stress of adult life when I am in the velvety darkness, eyes locked onto a screen and fingers aglow with butter. It is, and has always been, my happy place. I had some wonderful teachers and mentors growing up, but movies taught me how to properly hide from an asylum escapee, how to serve a fish plucked from salty European water, how to be a friend, daughter and mother, how to fight for what is right even if it feels wrong and how to hold 45 gallons of soda in my pulsating bladder for 90 plus minutes.

My daughter shares this love for escape and entertainment. She is finally at an age where she can appreciate light sabres, wands, a Wakanda salute and choreographed dance numbers.

There is still a small divide between what she is content to lay in front of with hands cupped under her chin and what I choose to press Play on to avoid the dishes, but Pixar animated movies have always been our mutual sweet spot.

We watched the Toy Story trilogy so often when she was a toddler that if I accidentally drop one of her stuffed animals, I apologize to it. Inside Out helped her understand and regulate her emotions as she braved the new playground of elementary school. Dory taught us to keep on swimming even when our faces are wet and we want a towel in the middle of the pool. Coco made us cry with joy. (Don’t get me started with Up. She hasn’t even seen it yet because I can’t get though the first 10 minutes without weeping hysterically.)

The Incredibles was released before she was a twinkle in my ovaries, and I loved every second of it. The stylistic animation, score, story and humour checked all my boxes, so I was thrilled to introduce it to her once I heard the long-awaited sequel was finally being released this month.

We watched it on a Tuesday in our living room, then had the pleasure of seeing Incredibles 2 at a special theatrical screening on Wednesday, which was perfect because the action kicks off right where it left off.

The basic plot is such:

In “Incredibles 2,” Helen (voice of Holly Hunter) is called on to lead a campaign to bring Supers back, while Bob (voice of Craig T. Nelson) navigates the day-to-day heroics of “normal” life at home with Violet (voice of Sarah Vowell), Dash (voice of Huck Milner) and baby Jack-Jack—whose superpowers are about to be discovered. Their mission is derailed, however, when a new villain emerges with a brilliant and dangerous plot that threatens everything. But the Parrs don’t shy away from a challenge, especially with Frozone (voice of Samuel L. Jackson) by their side. That’s what makes this family so Incredible.

Our favourite family was back in action and we were transfixed. Everything I adored that stood out from the first movie was here but somehow slightly enhanced; the animation, characters and plot lines are familiar but finessed. Every action scene sings as you try to take all the visual touches in. During a dramatic train rescue sequence I was transfixed by how glorious the sky looked at dusk, a bruised pink that floated above the action. (Another reason Pixar movies are so re-watchable is there is simply too much to take in upon first viewing.)

Despite the stunning art-deco style of the animation, and throwback score that screams “here is the caper you have been waiting for”, the plot lines are very 2018. Working Mom guilt. The evolving roles of a husband and wife in a marriage. Babies that will NOT stay in bed. The price of technology. The searing agony of “new math.”

While it is wonderful to see new faces/voices (Bob Odenkirk is perfectly cast as a fast-talking suit-wearing bazillionaire, and his partner/sister’s confident and warm rasp is courtesy of Catherine Keener), the Incredibles family is just as distinct and memorable as they were in their first adventure.

If you’ve seen the trailer you might have guessed that Jack Jack steals most of the movie and the young crowd I watched it with wholeheartedly agreed. There is a particular scene with Jack Jack and Edna, our favourite cantankerous costume designer, that evoked howls of pleasure from my daughter and her best friend, and myself. Oh, and I had no idea I would find such delight in watching a baby wrestle a raccoon.

I think every kid who watched hours of movies growing up, and then grew up to discover there isn’t as much, well, magic, in real life, can appreciate how cool it would be to have powers. Even if they’re just used to get to work on time, or sneak ice cream from the freezer when your kid is in the room.

Incredibles 2 is another shining jewel in the Pixar vault, a family-friendly movie that is so satisfying for all ages, and a subtle reminder that when everyone works together, incredible things can happen.

(Incredibles 2 is now playing in theatres across North America.) 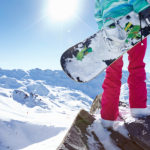 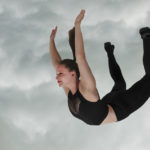 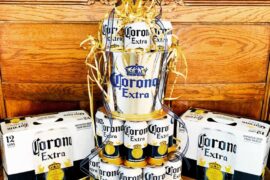 How to Celebrate National Beer Day in Home Isolation 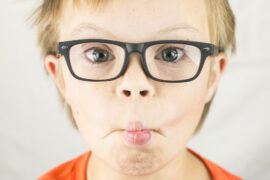 Relax It’s Only An Extra Chromosome 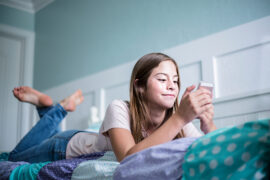 Gifts For Your Teen Who Is Almost An Adult