I’ve “successfully” seen one daughter through the gauntlet that is Middle School, if we’re gauging success by the fact that she’s not completely bedridden from shock, horror, and teenage embarrassment. While I helped her to navigate those years to the best of my ability, it was always on a situational basis. Looking back, I kinda wish that I would have given her the real lowdown on all the things she would likely face during her three years of middle school before she actually did.

Luckily for me, I get a do-over. A second (and last) chance to redeem my follies, if you will, with her younger sister. Before she walks down the middle school wing of her school on her way to sixth grade, I have a few important things to tell her.

Middle School Is Basically The Most Awful Thing Ever

I’m not gonna lie. It’s the beet juice that soaks the lower third of the mashed potatoes on your dinner plate, staining them pink and rendering them entirely inedible. It’s the long hair that detaches itself from your head, slithers down your back like a ninja, and settles itself in your ass crack when you’re in no position to remove it. It’s the chewing gum you can’t scrape off the bottom of your shoe, positioned in such a way that every other step makes a soft snapping sound wherever you go.

I promise you that life will get better after middle school: just ask anyone who’s survived these terrible years. I don’t think there’s a soul on earth who could honestly proclaim that their middle school years were the best years of their life because they’re rough on everyone.

In my personal experience, seventh grade seems to be the worst but let’s face it: all of it sucks. There’s not much to do about that, really, except to remind each other constantly that these years will pass more quickly than we realize and that we will get through them together.

No matter what happens, I have always got your back. Always.

Yeah, I know a lot of kids think it means everything but in a few years, nobody’s gonna give a shit about who was top dog in sixth, seventh, or eighth grade. You think I care about the kids I went to middle school with? Honey, I can’t even remember their names and I doubt they remember mine.

Popularity in middle school is totally insignificant in the Grand Scheme Of Life. That doesn’t stop kids from trying achieve it through any means necessary, even when it means treating other students poorly because it makes them feel “big” and important.

You’re smart and compassionate, and you know better than to become one of those basic middle school bitches who thinks it’s “cool” to treat other people like the dirt beneath their brand-name sneakers just because it makes them appear powerful in front of others. Those are the kids who won’t be remembered fondly by anyone outside of their elite social circles, and even then, half of their current friends probably see them for exactly what they are but are too intimidated to do anything about it.

You are so much better than that, and greater things are coming. Integrity, honesty, empathy, and acceptance will take you so much farther than they could ever dream of going. You just keep being you; that’s all you need to do.

You’re All In This Together

All of you will be stuck in this middle school thing together for as long as the state’s educational system mandates, so do your best to be kind (yes, even to the jerks). The new kid who doesn’t have any friends yet? Introduce yourself and invite them to your table at lunch because you know damn well how much it sucks to be the person who’s left standing there with a tray and nowhere to sit. The kid who’s struggling to find a place to fit in? Offer to hang out together after school or partner up with them during class projects.

These simple, considerate actions will benefit both of you in ways too numerous to count. You’re helping another person to feel less alone by extending an offer of companionship when they need it. At the same time, you’re opening yourself up to an acquaintance you might not have otherwise made. Remember, even your best friends were total strangers once.

While we’re on the subject of togetherness, I have a few words of advice about personal interactions within the close quarters of the classroom. It’s never cool to make fun of people’s zits, bad hair days, body odor, farts or other bodily functions, braces, glasses, surprise period accidents, or spontaneous erections.

All of these things (and many more, unfortunately) are common humiliations for kids in middle school because their bodies decide to go haywire at the most inopportune moments. If they don’t or can’t laugh it off right away, the best thing you can do is act as though you are completely oblivious to it, even if you are not. Don’t call attention to it, and don’t laugh or participate when other kids do. If you feel the need to intervene in a situation where someone’s getting picked on, throw out a witty comeback. “You have your entire life to be a jerk. Why don’t you take today off?” “Remember that time I said I thought you were cool? Yeah, I lied.”

I’m not saying you have to jump to a classmate’s defense every time something happens, but do put yourself in their place for a moment and stand up for them if the spirit moves you. Subtle gestures of solidarity can go a long way to ease a person through mortifying circumstances.

By the way, since you should have a stash of them in your locker, always offer a spare pad to a girl if she suddenly needs one—even if you don’t like her. Not only is it a vital part of the Female Code of Honor, it’s just good karma.

You Are Fucking Awesome

The middle school years are the toughest battle in the war over our own self confidence, closely followed by the high school years, the college years, and basically every year until the age of 40. I don’t know, something magical happens when we turn 40 because we no longer give a shit about what anyone thinks. How I wish I could have come to this realization much sooner than I actually did, but listen to me right now and hear what I am saying:

You. Are. Fucking Awesome!

Never forget that. For shits and giggles, try saying it out loud: “I am fucking awesome!”

Good. Now say it again like you really mean it. Feels nice, doesn’t it? Even adults need to repeat that mantra from time to time… it resets our internal Feng Shui.

There is only one you in the world, and while I often tease that one of you is more than enough, the truth is that you are irreplaceable. You are strong-willed, intelligent, ridiculously funny and weird and entertaining, and you’re an elemental force to be reckoned with.

Most of all, you’re my kid and you are loved. You got this, and you’re gonna be okay. 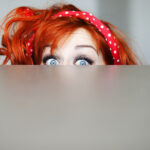 Isn’t It Supposed To Be Easy? 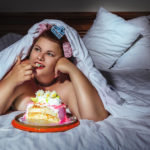 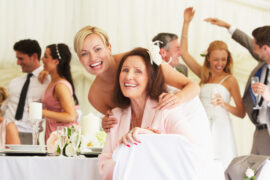 The Grown Ups at The Wedding 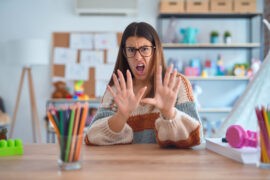 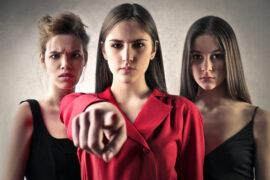 The Harvey Weinstein Convictions Were Not a Win