Are we in the circle of trust? Because I have a confession to make. I sometimes have the vocabulary of a salty dog sailor. Popeye and I could have been BFF’s, minus the spinach thing and plus a subscription to HBO. My friends cringe and remind me that their children are in the room. They are telling me to take my potty mouth elsewhere.

I guess that’s where fake swearing comes in. You know the words. You hear them used by veteran moms with ease. I was confused the first time I heard “holy guacamole” come rolling out of my friend’s mouth one day. Then a few weeks later, I heard “Son of a Biscuit” from another.

I want to be supportive of their squeaky clean cursing, but does fake swearing really do the job? I can’t help but think that they sound kinda lame and their clean-cussing is just plain dorky. I silently vow to never join their geek-squad.

She just started parroting everything my husband and I say. My personal favourite mini-me moment was when she saw her baby sister pushing out a #2 and she turned to my husband and flippantly tells him, “Emily’s packin’ heat.” It was as if I had been shrunken down to 3 feet tall, mannerisms and all.

A few weeks later, I notice that she’s imitating the overly dramatic, 16 year old, end of the world sigh that I do to get a laugh out of my husband when he asks me to do something simple, like pass him his keys. Except my humour is lost on her. She’s not acting. The dramatic teenage sigh has now become her go-to move when she’s asked to do something. This is not good.

Just when I thought the worst had passed, she pulls out a show stopper. My darling daughter, looking all angelic and innocent, was skipping through the house and rattling off all the words in her limited toddler vocabulary. Suddenly, I hear her sweet angel lips rhyme out a sing-song, “f@#k” in the list of words she knows. I stopped in my tracks.

This is really not good.

Time to put my tail between my legs, wash my mouth out with soup, hang my head in shame, and hit up my clean-mouthed mom friends for a list of their lame, fake swear words.

I’m not excited about this, but I don’t want my daughter being mistaken for Eminem in a rap battle as she drops F-bombs on her way through the doors of her preschool classroom. I’m hoping the sailor man can be reprogrammed into a eloquent preacher of prose that anyone would be proud to hear parroted out of their toddlers mouth.

I know it won’t be easy, but I’m gonna fricken try my gosh darn best.

To the nay-sayers who don’t think I can do it, I say: “Shut the front door!” 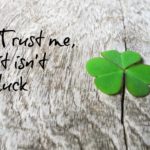 Whatever you do, DON’T say THIS! 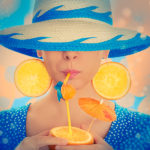 5 Ways to Cheat as ‘Top Mom’ on the Playground 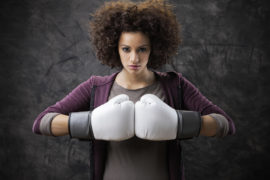 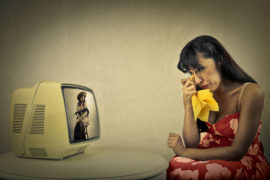