We’ve all heard and read stories about how a parent’s death can bring out the worst in their adult children. It can be Jerry Springer meets the Kardashians… ain’t no one comes out looking classy or dignified. The infighting often devolves into a fight to the death over a favorite serving platter or lamp. Throw cash into the mix, and all bets are off.

When my mom died last May – after a long, miserable descent into the gasping, suffocating clutches of COPD – she left behind a large-ish estate and a house full of beautiful things. As my sister Debbie and I began the task of cleaning out Mom’s house, we had a few arguments.

“But it means more to you than it does to me.”

“Yes, but it would look better in your house.”

It was the best – and only – kind of argument adult children should have after a parent dies. I felt, and continue to feel, incredibly lucky that Debbie and I got along so well during what can be a very emotional time. Yes, these were just “things,” but in many cases, they were “things” with a lot of emotional attachment.

I’m not saying all this to congratulate ourselves for being so kind and generous. I’m saying all this because I can’t fathom adult children behaving any other way when their parent dies.

A lot of times, there’s a feeling of inequity when one adult child is the caregiver for the parent, and the other child or children aren’t as involved… whether due to geography, family obligations or other circumstances. In our situation, Debbie was Mom’s caregiver for eight long years. They lived two blocks away from each other, and I live across the country. I visited Mom and Debbie as often as I could, especially the last couple of years, but there was no doubt Debbie and her husband Michael shouldered 99 percent of the caregiving burden.

And let’s be clear: Our mom was a Southern drama queen of the highest order. She was a handful, even before she got sick. Debbie took her to every doctor appointment, brought her groceries and other household items, argued endlessly with the company that kept forgetting to fix Mom’s oxygen canisters, and listened patiently as Mom railed against the world during moments of frustration at being so sick. Debbie’s husband, Michael, fixed everything that needed repairs around Mom’s house, obeyed her many requests demands to build shelves and do yard work, and hung out at Mom’s house with Debbie every night when he got off work.

In what world should the division of Mom’s property be equal between Debbie and me? In my mind, it shouldn’t be. Mom had her and my late dad’s assets in a trust, with it being split evenly three ways: between Debbie, my daughter Olivia (the only grandchild) and me.

Right now, Debbie and Michael are working to sell Mom’s house. I told them I want them to keep 100 percent of the proceeds of the sale. They argued with me at first but then relented. Lord knows they earned every penny that they’ll get from the house.

Again, I want to emphasize I’m not sharing this to pat myself on the back. In my mind, THEY are the ones who were generous in their love, devotion, time and care for eight long years while I prattled along and lived my life 2,000 miles away. Seriously, giving them the proceeds of Mom’s house is the least I can do.

In terms of dividing the items in Mom’s house, Debbie and I had a lot of fun. There definitely were tears as we reminisced about memories attached to certain items. But at the end of the day, the process was emotionally difficult but smooth, and it bonded us even more closely than we were before.

There was a closet filled with beautiful, expensive Italian linens that we divided up fairly evenly. Debbie kept most of the furniture and heavy items because it didn’t make sense to ship them across the country to my house. I kept Mom’s wedding ring and other nice rings because Debbie can’t wear rings; she kept all of Mom’s other jewelry. I shipped home a few pieces of special serving dishes. Debbie asked if she could keep an inexpensive bread basket because of all the family dinner memories, and I said of course. And the list goes on.

There was even a mystery among Mom’s belongings, one that we’ll never solve. In her jewelry cabinet, we found a pendant with a jade Buddha surrounded by 18-carat gold and diamonds. I’d never seen it before, and it was nothing I could ever picture her wearing. Debbie said she had run across it herself a few months ago and asked Mom about it. Mom immediately clammed up and said, “I’m not going to tell you about it, and I never will. So don’t bother asking.” Debbie tried to pry an answer out of Mom, but she didn’t budge. She took that secret to the grave… and Debbie and I continue to spin different theories about who might have given her the pendant. But we’ll never know.

The whole time we were growing up, Mom kept what we called the Special Box. It was where she kept all the artifacts of our childhood – report cards, poems, spindly kid drawings, awkward (is there any other kind?) prom photos and baby dresses that she stitched by hand for us. Debbie, Michael and I laughed an afternoon away by going through the Special Box… especially reading our letters home from college, where it was a contest between Debbie and me about who was more vapid and self-absorbed during that era.

As many of us face the realities of aging parents and sibling rivalries that never seem to go away, I’d like to encourage other adult children to think and act in a way that honors our parents’ memories. Focus on the sacrifices the caregiving child has made. Don’t be grabby and materialistic. Graciously let the other person have the bread basket. And enjoy the mysteries of a jade Buddha.

Lisa Godwin is a freelance writer and editor, with a range of business clients mainly in the health care industry. In addition, she sometimes writes first-person essays for fun. She lives in Oregon, is married and has one child about to leave the nest for college. She has written for Blunt Moms, Flown and Grown, Scary Mommy, Jane XO, Oregon Home and other regional magazines. You can reach her at https://www.facebook.com/lisa.godwin.9 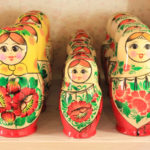 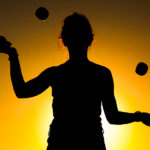 Week 46 of Turning 50 Like a Boss: Learn to Juggle