I love the family photo that hangs in our living room. Not just because it has my favorite people in it, but because of the fact that we all showed up to the photo session in a murderous rage. We are smiling but our eyes are dead. One of us was upset because the photo session was during “peak surfing time.” Another person was whining that they were lured into an activity that had no snacks. And one person in the photo is wondering why the fuck she bothers with these people at all!

All I wanted was one friggin photo to give the grandmas what they’ve been asking for years. A professional family photo. Not some random selfie where half the family is cut out. Anyway, we got through the 20-minute session (yes, all that tomfuckery for 20 minutes) and the grandmas are getting what they want. But that photo session was such a great reminder that you can’t please all the people all the time. And with a family of five, there will be a daily rotation of who gets the shit end of the stick.

Growing up in an immigrant family, the shit-end of the stick was what you called “daily life,” especially when you’re the youngest. No one cares what you want or have to say. You go to school, play quietly, go to bed and repeat. Because I grew up in the 80s, we couldn’t go out past 4 pm because of “Triads” and the heroin epidemic. We would regularly be left to our own devices and would collect empty syringes from the park to use as tiny water guns. Granted there were no needles but still, as a parent, I’m wondering how no one noticed syringes in an 8-year-old’s bedroom?? I guess that’s what life with three kids looks like, you just don’t have time to solve mysteries.

I had some great highlights growing up though and by immigrant standards, I was spoiled. We’d spend holidays visiting a relative’s stuffy apartment doing nothing but listening to family chat in a language that my mother forgot to teach me. We didn’t dare complain, it was the 80s and slaps were handed out like candy. I’d spend half of these vacations visiting doctors who would tell me, “You shouldn’t have drank the water.” There’s was no whining, “What are we dooooing today?” There was no complaining that my classmates got to go to exciting destinations and do fun things. There were no annual passes to Disneyland.

But, you know what? I’m grateful for those experiences because not only did I survive, I am now easily satisfied and totally fine with long stretches of boredom and being left the fuck alone. This is what I’m trying to instill in my kids. Except they live in California. And it’s 2020. And if you don’t entertain your kids you are basically considered a garbage parent. Disneyland is a 30-minute drive away from us. Pretty much everyone’s parents pull their kids out of school at one point or another to go. There’s surf camp, art camp, theme parks, splash pads, you name it. It’s impossible not to get roped in. But I want my kids to learn how to be happy with entertaining themselves; I want them to be happy with boredom. But no one else is on this bandwagon! I need YOU to join me and here’s why:

US teens now have one of the highest rates of anti-depressants in the developed world. The explanation is that teens today are “uncomfortable” with boredom, they need life to be exciting all the time and since life basically sucks until college, they feel depressed, anxious and alone. They suffer from FOMO and they think YOLO means you gotta live in a beer commercial at all times or your life is in shambles.

The fact is though, life’s not that exciting, it’s actually pretty boring most of the time. And that’s ok, you don’t need to be constantly entertained, sometimes just staring off into space should be activity enough. For most of us who made it into adulthood, just being alive and healthy is more than enough, but this generation of highly-tended to, over-entertained kids makes me nervous. Constantly entertained and overvalued, kids today are privy to a level of fun that we never had access to. And if we did, we sure as shit would not be sitting at our boring-ass jobs finishing up that report that’s due in an hour. We’d be out searching for that next shot of dopamine!

Fact is, if you want to raise ungrateful, whiny brats, then keep entertaining your kids, they’ll just want more and more – trust me, silver-spoon kids are rarely satisfied. However, if you want them to grow up to be people who are happy with just being alive, take a trip to someone’s motherland, sit in a stuffy apartment and chat in a foreign language all day long while your kids just sit there and watch shitty VHS tapes. Trust me, they will thank you one day.

Tuni Chatterji is a mom of 3 very adorable but highly irritating daughters who are lucky enough to be living the dream in sunny CA.  When she is not at work she can be found lecturing her kids or silently shaking with rage. 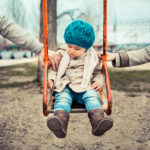 Why My Marriage Didn’t Fail 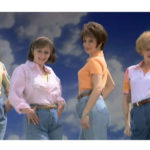 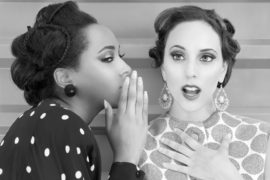 Your Sanctimonious Critique Says A Lot About You Not Me 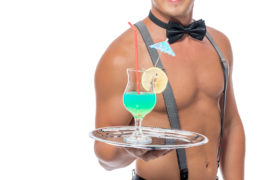 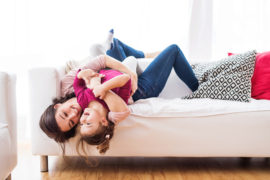 Was Wrestling My Kids the Absolute Best Idea?