1) You never have to worry about your kid’s social life. The teen years can be pretty awkward and tricky to navigate. For a parent, that can conjure up a lot of anxiety based on their own high school experience. But not if your kid’s a pothead. With the help of herbal assistance, aside from misplacing his bike from time to time, everything’s chill. You want to see socially well-adjusted? My lowly freshman’s even got a super cute pothead girlfriend!

2) Ziploc baggies galore! For those of us big on reusing, who don’t like to add to the earth’s growing island of plastic, it’s your perfect chance to hoard those disposable baggies guilt-free, because they’re, like, everywhere! In closets, random drawers, stuffed between couch cushions, outside next to the rat-infested wood pile. Need a Ziploc, ask and ye shall find. I use mine for dead batteries and storing cheese. Just be sure to shake out the loose leaves first.

3) It’s a money saver. Not for him, ever since I agreed to an ATM card his bank account is like a virtual dying creek bed. But for us parents, it’s the perfect excuse NOT to buy him a car when he turns sixteen: “Sorry, gotta be clean and sober.” Throw in a shrug and a heartfelt, “Bummer,” you’re good as gold. Cha-ching! Add it to the date night fund.

4) You can become an expert on something other than gluten free food options. Ever since my kid became a pothead, I’m a cornucopia of information on the magical properties of marijuana and THC based on the most recent findings. Including fun facts about its effects on brain development. But of course you’d never know this since my kid’s been banned from your house and you don’t have the rocks to face me anymore.

5) Fluency in teen lingo, which is a little like getting your membership card to a secret society before they realize you’re the wrong species. For example;
Stoner 1: “Dude, my dad just left, you got tree?”
Stoner 2: “Yeah, you got woods?”
Stoner 1: “No, Dude, I’m out. But I’ve got a mini I bought off Amazon with my mom’s credit card.”
Stoner 2: “Chill.”
Basic translation; Dad’s out, one way or another they’re getting stoned.

6) Simplified meal planning. All my pothead needs for one sitting is a large pepperoni pizza and the better part of a Costco-sized bag of chocolate chips. One sitting being the first six seasons of Bob’s Burgers. Oh, and don’t forget the Crunch Berries. Ya’know, antioxidants.

7) The great outdoors. With the help of weed, you can find my kid kicking back at parks, beach bonfires, under the footbridge down by the river, exploring shrubs behind the school, even in the backwoods at a hangout dubbed Wilshire. Who says potheads only play Xbox?

8) Wilshire! Nothing says hard work and ingenuity more than a scaled-down, off-trail, makeshift community entirely of tree scraps, erected for no other reason than a cool place to get high. To me that shows resourcefulness, an understanding of basic physics, solid organizational skills, scope of imagination, follow-through, and above all, an interest other than the damn phone. Behold, our next generation of engineers and architects!

9) Improved rapport and communication. As long as I don’t muddy the bong water he’s chatty, warm, agreeable, engaged, and capable of holding a conversation on a myriad of subjects ranging from politics to existentialism to the benefits of carrying a switchblade. Which beats out incoherent grumbling and eye rolls.

10) He’s chill, I’m chill. Everybody’s chill. If you can ignore the pungent earthy skunk cloud trailing behind him like Pepe Le Pew, it’s all good!

K McGinty is a Santa Cruz based writer, wife and mother of teens. Yet she still manages to find humor where really there’s none. Her work has appeared on Mamalode, Scarymommy, and SammichesandPsychmeds, as well as in print. Though far from a therapist, she and a fellow crusader have decided to embark on the blogger’s journey with their recent launch of Wildernessmoms.blogspot.com. A work in progress, providing resources for road weary parents, and reassurance that often it’s the rocks along the way that polish up best, and we come to cherish.

editor’s note: It’s satire people so don’t get your panties in a bunch. 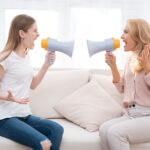 Be Thankful Your Grad is Being an Asshole 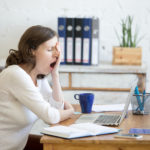