Little Timmy isn’t the only one sticking his hand inside the cookie jar on the sneak. No, we mothers wrote the book on that. The truth is there are a lot of things mothers do when nobody’s looking – we’re just smooth enough not to get caught…

1. Curse under their breath when they get up 3:47 a.m. and trek down the hall to the nursery just to put the pacifier back into the baby’s mouth.

2. Pick up the spoon their toddler just dropped on the kitchen floor and give it right back. Five second rule.

4. Hide their child’s favorite snack with the sole intention of making him or her forget about it, so as to make it easier for Mama to retreat to her bedroom closet and devour it later.

5. Fetch the mail or morning paper in such ratty, deplorable loungewear that others would have to see to believe.

6. Double-dip the spoon in the peanut butter jar, the kids’ macaroni and cheese, or whatever it is that we need to eat at the moment.

7. “Misplace” their child’s most annoying toy. And if it’s really annoying – and the child is on the verge of outgrowing it, the toy may just become lost for good.

9. Sneak a peek at their blog stats, Facebook/Instagram page, or Candy Crush game (insert guilty pleasure here) while pushing their kid on the swings at the playground.

10. Get their secret supermodel on by throwing on a flattering outfit and flossing in front of the mirror. (Mama can dream…alright?)

And this one is a given…

12. Snoop. On anyone who lives under this roof. Ain’t no shame in my game.

What’s your SMB (Secret Mama Behavior)? Share in the comments below. 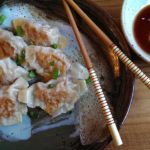 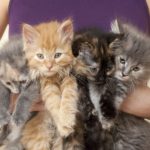 Can I Just Birth a Litter of Kittens Instead?