Several months ago, my husband and I separated. I was blindsided. He, for all practical purposes, dumped me after 17 years of marriage. As I reached out for support, I found women with similar stories. There were some who knew it was coming, and those who initiated it. Either way, it’s a gut-wrenching, life changing event. I write this from recent experience and from talking with friends. I have also heard cautionary tales from women who are years out, far beyond the trenches, as I call them.

For me, some days are better than others. And, some are beyond any pain or exhaustion I ever thought I’d feel. There are rays of light, periods of relief, moments of you’re going to get through this, so I have some perspective. Mediation dates are set. I am living day-by-day. And that’s what I’d recommend you do. Hunker down, it won’t last forever. And don’t go it alone.

Yet, there are things you may be doing, some I have done myself, that can make this time more difficult. Familiar behaviors and habits are hard to break. Your mindset has to shift. Unless you are in an unusually amicable and emotionally mature situation, you must make that shift. Talk with a friend, a therapist, read a recommended book, do something, but get support. The early days are an overwhelming emotional upheaval, an unrelenting tempest, and for me, and as I’ve seen for others, support will help you weather the storm.

Now, a caveat to be taken with a grain of salt so huge I’ll just call it a salt lick: What about the amicable/uncontested divorce? If you can truly say your divorce is amicable and you and your soon-to-be-ex can sit down together and talk through who gets the couch, what’s the kids’ visitation schedule, and who bought that Pearl Jam CD, that’s great. But don’t rush to this. And don’t assume because you talked through tough issues whilst married, you’ll be able to do so now.

There is a saying “You never really know someone until you divorce them.” Sadly, this has been true for me. I’m not sitting down for a chat. I am not safe, and it would not be productive. It took years, maybe decades to get to this point; it will not take a few weeks to disentangle. Don’t rush and do not be pressured.

In my case, my husband pushed for a no-contest divorce. He wanted it “over with.” He wanted to “get on with his life.” These are things he said to me fewer than 48 hours after he declared, “I don’t love you anymore and I’m done.” This was something he’d been planning for months. Mind you, we were not frolicking in meadows and making passionate love every day, but he had not indicated he was thinking of leaving. Not by a long shot. I was sucker-punched.

Know your rights, even if you feel bullied, which I did. In my case, and in my state, Texas, an uncontested divorce is allowed only if none of the following are present: you have no children together under age 18; you both want to end your marriage (after that initial conversation, I was on board with that); you do not have an ongoing bankruptcy case; you do not own property together and do not have retirement benefits to divide; and you are not seeking alimony. Well, we had four out of five; thankfully, no bankruptcy. An uncontested divorce was not an option.

So, that’s the first thing: Do not let your soon-to-be ex, your pain, your anger, or anything else push you to make rash decisions. You are in an emotional tornado. Don’t agree to anything just to be free for now. This is the rest of your life. Protect yourself. If you’re not in an emotional place to do that, hire someone or enlist a friend or family member to so do for you. Have them communicate for you, if need be. Also, and it was not the case with me, if you are in physical danger, if your children are in danger, you have resources at your disposal. You can get restraining orders, and 911 is three numbers away. It’s ugly, but these are truths that some women face. I’ll put links at the end of this post. If you fear for your life, leave. Now. And get help.

Second, do not engage with your ex more than necessary. Two days after he broke up with me, he emailed about the divorce. I thought, I’ll call him, we can talk about this. Silly me. That was the last conversation we had beyond, “see you at 6 when you drop off the kids.” It started reasonably enough, and then when I wouldn’t agree to a no-contest divorce, he lost it. “I’m paying the mortgage for the house that you’re living in. I’m paying all the bills. I need to get on with my life.” I held the phone away from my face and thought, And you owe me two million dollars in back pay for thirteen years of childcare, managing two special needs children, supporting your career including extensive international travel, and an entire household. This conversation is over. I told him I had to go, that I wasn’t able to talk anymore. I hung up to his screaming “When, when can we talk? When?!” And I consulted an attorney. The next day, I sent him an email that said all further communications would be in writing. And that was that.

Avoid phone calls, it’s too easy to fight, get emotionally confused or abused, and you have no record of the conversation. I never thought I’d think of my husband this way, but he obliterated my trust in a nanosecond. As the pieces fell into place of how he’d plotted the divorce with a job change, asset liquidation, and other things, I realized, I’d been betrayed for months. I had to protect myself. So, use email or text. Email is best and don’t cc your attorney, just forward correspondence after the fact. If you cc, it’s too likely that, at some point someone will hit “reply all,” and we’ve all been there. Whether it’s an inappropriate joke at the office, or a scathing email about your ex, “reply all” is not a good place to be. I have taken to writing drafts, having my attorney review them, edit, and then I’ll hit “send.” I typically reveal too much and in the interest of self-protection, I need guidance to keep it simple. On the other hand, there are issues related to my children that my attorney has wanted to disclose and I have pushed back. According to my child’s therapist, I’m on solid ground. I am the client. And I am the parent. I trust my instinct, but I also trust the professionals, all of them. I have my team, a very competent team and each member has strengths and an agenda. Play to your strengths, know what you need to do to protect yourself and your kids emotionally, and let your lawyer protect you legally.

Finally, and this can be tough for some women, you have to become your own go-to person. Your ex can’t be it anymore. I say this with kindness and without judgment. I have always been independent. But, I get it. My independence took over when I realized my ex was not a nurturer. It became clear he wasn’t much of a best friend either. There was only so deep he would go emotionally, so I shut that door. In fact, he was a bully, a very well-hidden one, but one nonetheless, so I did everything for myself and my kids. I managed the household, logistics, finances, and, above all the emotional/medical issues. He took care of mechanical things around the house, and brought home a paycheck. And, we did have some good times. He was fun dad, we had vacations, but in general, our post-children years were not good marriage years. So, I shut down and turned to myself. I took care of things.

If your ex was the “caretaker” in a lot of ways, here’s the deal: he is not your “go to” person anymore. He’s just not. Yes, for years, maybe decades, he was your best friend, your sounding board, your guy. You complemented each other with differing strengths. But, he’s not that person for you anymore. If you don’t happen to be mechanically inclined and the lawn mower breaks, do not call him. There are at least 56 other ways you can handle that. I have not had to mow yet, but when I do, I plan to hire someone, or get my son to do it.

When my ex was packing to leave, his passivity was in full force. I wanted to scream. “What do I do? Where do I go?” he asked tears forming in his eyes. Really? You’re asking me that, after what you said to me, how you treated me? Because, I’m not his person anymore either. Instead of being a bitch, I just said, “I don’t know, maybe there’s an extended stay nearby.” And even that was more than I should have needed to say. “But hotels are expensive, why don’t we just play along for the kids and save some money for a few months. I’ll live here.” And I said, “No, you don’t get to say what you did and then live here.” And guess what? He figured it out.

And you can too. Call a friend. Hire someone. He will not help you in a way that will feel good or be healthy. And you should not help him. It’s a co-dependent dynamic that will keep you stuck. Break the pattern. He’s not your “go to” person, and you are not his. You are your “go to” person. You’ve got this, and it will get easier. I promise.

Here are a few resources should you feel alone, in danger and/or in need of extra support.

The Women’s Center: Founded in 1974, the mission of The Women’s Center is to improve the psychological, financial and legal well-being of women, men and their families, regardless of their ability to pay.

Divorcenet.com is a wealth of legal information (in plain English) with links to resources nationwide.

In the absence of anything else, please comment on this post. I will reach out. You are not alone.

(This post originally ran on The Good Men Project.)

The Best Sex Advice No One Ever Gave Me 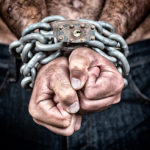 My Husband Was a Mobster