With all the media attention nowadays, and all the social pressures, many teens will struggle with low self-esteem. Throw in the natural hormone craze of the teen years, and you’ve got yourself a recipe for fun!

If you can’t tell if your teen is struggling, know the telltale signs. For all of the following signs, consider various treatment options. You can talk with your teen one on one in a calm and objective manner, you can enlist the help of family and friends, and you can seek professional help if no progress is made. In rare cases, therapy may be the best option, especially if your teenager’s daily life is significantly impaired as a result.

Here are the telltale signs:

If you want to master the power of the unconscious, you should do so. But even if you’re new to body language, reading your teen shouldn’t be too difficult. Most teens will have slumped shoulders, lowered heads, and diverted eyes. They won’t look you in the eye during communication and they may shrivel up their bodies. Their chins will be down, even near their chest, and their fingers and feet may play nervously with their clothes or surroundings. They will display this passive, insecure body language because they perceive themselves as weak and incapable. They will assume that others perceive them the same.

This refers to statements of “I” that include belittling, demeaning and depressing opinions. Such statements may include, “I can’t do anything right,” “I’m no good,” “I’m too stupid,” “I can’t do it.” These statements also typically include definitive expressions of worthlessness, such as “I can never do it,” or “I’m always bad at stuff” The word “me” will also be used, in statements that address how others perceive your teen. Your teenager may say “They don’t like me,” or “Nobody wants to be friends with me,” or “They don’t care about me.”

In general, these statements inaccurately reflect a situation. They often blow the negativity of the circumstance out of perspective and magnify the problem. These statements also offer an opportunity for your teen to ignore the work necessary to change. By assuming that he or she is a certain way, your teen is proposing a very damaging absolute. This is problematic because it means your teen attributes his struggles and failures to a static quality. Instead of believing that he or she can actively change, your teen will assume that nothing can be done.

“It’s just the way I am,” your teen might say. And this, unfortunately, can be devastating.

These are the most obvious. You might notice signs of bullying such as marks and bruises. Your teen may even admit verbal or physical abuse. Other instances may include your kid shunning peers, struggling to communicate in everyday interactions with classmates, or acting differently around ‘friends.’

Teenagers love to use defense mechanisms to deal with their issues. This means finding fault in others, accusing others of the same problems, and generally rationalizing their own issues. If you find your teenager constantly putting others down, maybe it’s he or she that is feeling down.

If your teen downplays big events, struggles or failures, approach him or her about it. Pick a casual setting and calmly and harmlessly bring up the conversation. If you have an idea what is bothering your teen, bring it up with an easy question or indirect comment. If you don’t know what’s bothering your teen, make a comment about the behavior that you’ve noticed, but don’t make the comment too direct. It should be casual and in a caring voice.

At the other end of the spectrum, your teen may appear to be friends with virtually everyone, but when alone may exhibit severe sadness, loneliness, and feelings of worthlessness. These feelings may occur because your teen has lost a sense of identity, or feels pressured to befriend everyone. Your teenager may feel that his or her ‘friends’ are not real and that everybody is simply pretending.

In the romantic arena, some teens with low self-confidence may take on multiple partners. This can result in promiscuous behavior, sexually transmitted diseases, damaged self-image, and loss of value. If your teen daughter or son is ‘sleeping around,’ she or he may be seeking affection, acceptance, and connection in all the wrong places. Casual sex may satisfy transient feelings, but will ultimately leave your teen feeling emptier than before. Assuming meaningful relationships are not formed.

These are the main telltale signs of teen insecurity. If you feel like something is going wrong, it’s best to act swiftly but smartly. In order to keep your teen from spiraling out of control, you need to take active steps.

These steps include working long-term to ensure that new attitudes and behaviors are established.

And if you find that your teen has been diagnosed, don’t jump right to medication. One such common diagnosis, ADHD, can be treated through numerous natural means.

Of course, the best natural means is effective parenting. If you can catch your teenager’s underlying problems early, you can prevent debilitating conditions later on. In order to ward off depression, behavioral issues, and substance abuse, you need to get informed.

Thomas Kucharski
I’m a freelance writer. I’m a dad. I am far from a perfect dad. And I always will be. But I’m a damn good dad, and my son will always feel bigger than anything life can throw at him. Why? Because I get it. I get the power a dad has in a child’s life, and in a child’s level of self-belief. 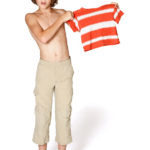 If Your Kid’s “Red Shirt” is a Crop Top, You’ve Held Them Back Too Far 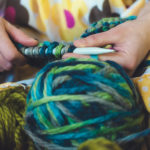 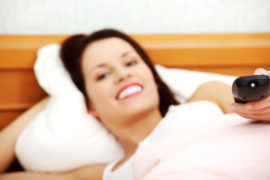 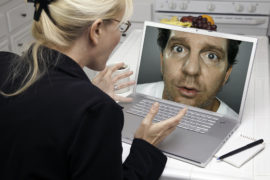