A woman usually has a companion called discomfort when she visits her gynaecologist; a word whose meaning covers everything from ‘yes, a little cold’ to ‘sorry I screamed’. So, with my usual lack of enthusiasm, I booked a date for my routine check-up as far in the future as my expected life span would allow.

As is the norm with unpleasant things my appointment arrived too quickly, and I soon found myself sitting outside Room 1 with other women who looked as though they were sitting on pin cushions – the pins in situ. A few were very pregnant and accompanied by men who were doing lots of hand stroking and water-bottle filling. I thought back to my own husband who preferred to read the paper – I am thankful that I never needed to swat away his hand.

We all sat quietly. I thought that I could tell which women were most experienced with this trial by stirrups. They were successfully pretending that this was just like a visit to the family doctor to ask for a repeat prescription, or a peek down a sore throat. The less experienced were wringing whatever was handy – tissue, hem of a t-shirt, in one case a partner’s fingers.

I had arrived dead on time hoping that I’d be called in straight away (yes, I know, silly idea, but it did happen once, I think it was in 1987). Instead, I had lots of time to wonder if I’d made the right decision to try out a new doctor – a man. I’d been favouring women for the last thirty years hoping that female empathy would lessen the negative impacts of the visit. That didn’t always work out.

By the time it was fifteen minutes past my time I was considering going home and making a new appointment with my last female gynaecologist for some vague time in the future. I convinced myself that she was fine after all; a doctor doesn’t have to speak gently or kindly to do a technically good job, right?

When, another fifteen minutes later, a patient left the doctor’s room barely holding back her tears I told myself that this was a bad sign and a good excuse to scarper. My number was up though, literally. There it was on the board, and a pleasant voice coming over the PA system was coaxing me into Room 1. By the time I’d retrieved the contents of my bag that I’d splattered on the floor in my hurry to move, the PA’s third invitation sounded a little strained. I know it’s a computer, but, you know …

I dug deep to where I keep my stiff upper lip and walked the ten long steps to push open the just-ajar door. My knees were wobbly, a result, I told myself, of sitting stiffly on an institution chair for so long. At least no one could see that. But, my sweaty palms (yes, like a small child I had to use both hands) fumbled with the handle on the other side as I tried to close the door, giving away my nerves.

I sat down opposite a very handsome man, maybe in his late forties, early fifties. Not a good start. A plain-looking sort of uncle aged about eighty was what I’d hoped for. I needed a trusted old guy, with no sex drive or sex appeal whatsoever. Someone with whom I would be able to discuss my delicate problem without embarrassment. You know, the way we might talk about the architecture and mechanics of Tower Bridge. Now there’s something funnily Freudian.

Dr. G’s dark wavy locks were flecked with the right amount of grey to give the impression of not being too young and possibly inexperienced, and not so old and maybe past it. I pushed away the idea that just maybe he has them put there for that effect. His gorgeous brown eyes were slightly bloodshot and surrounded by the beginnings of bags that made him look like a serious soul who stayed up late working for the good of his patients. My own, equally hard-earned bags only make me look, well, tired. And his nails looked a little bitten – he worried about things just like the rest of us, I told myself as I put another mental tick against his name. These external observations made me a little less jittery, although I had to keep myself from humming Kate Bush’s Wuthering Heights.

Dr. G’s American accent dispelled all spectres of Bronte men and lulled me into a state of relaxation. The idea that he might be using some kind of hypnotism crossed my mind then crossed back again. The only hypnotism was his asking of questions and listening to my answers in a way that made me feel – and this is a clincher for us women who have acquired the unwelcome superpower of invisibility – interesting and important. The question and answer bit went so well I soon found myself telling him about the things that I’d found so difficult to broach before. I even maintained most of my dignity.

Dignity – now there’s a word we offer or demand as if that’s all there is to it. As if it comes pre-packed, one size fits all, return if not satisfied.

Anyone who’s climbed onto any doctor’s couch knows that dignity can be difficult to maintain (if you still had a modicum of it when you entered the room) when feeling a little vulnerable – imagined or real. But some couches rob you of dignity almost entirely. The ones found in the gynaecologist’s office are amongst the biggest thieves. The thing doesn’t resemble the place where you might read a book or lie down for a nap. Its shape is all wrong for a start. Where, the novice might ask, is the end on which your legs might rest? And what on earth are those poles doing sticking up in the air? They could take someone’s eye out.

The veteran knows the drill as she climbs up onto this beast, but still there’s always something to adjust, lift, shift, slide, and roll. This is the crucial moment where the woman can be made as comfortable as possible in such uncomfortable circumstances by the doctor, or can end up feeling that she’s failed terribly every test of womanhood. How many women have heard the tetchy voice of the doctor as he or she tells you again to move down a little more, or the exasperated sigh as you struggle to put your feet in the stirrups, no, not there, here! I have even been asked, crossly, (by a woman), as she wielded her speculum, “Where is your cervix?” Really, did she think I’d left it at home by mistake?

Dr. G. was wonderful. He kept up a nice chatter as I made the usual errors of positioning, he didn’t show any irritation, and was so very gentle. He even made me laugh – a first for me whilst on my back with a stranger.

He wanted to know what made British and North American women so very different from each other when they’re getting ready for their examinations. According to him, American women wait quietly until he’s got the couch ready and has retreated, leaving them alone behind the screens. They take their time removing and folding the items of clothing necessary and cover themselves with the paper sheet provided. They then let him know that they’re ready and that he may return. British women, on the other hand, start getting off their underwear, which they throw into or under the nearest chair, as soon as they get behind the screen, ignoring the fact that he’s still there. They then leap onto the couch holding the paper sheet as if it were a tissue rather than something to protect their modesty.

For British women of my generation it seems fairly obvious. When we had swimming lessons and other sports our showers and changing rooms, circa early 1960s, were uncurtained and unheated. In the interest of not freezing to death, we learned to strip, wash and dress in three minutes flat, not caring who was present. I might be wrong, but I imagine North American schools had some luxuries that we lacked. What might account for the difference amongst the younger generation would make an interesting study.

Discomfort still insists on hanging around though, but at least it now just sits quietly in the corner while I mark my next appointment with Dr. G in pen rather than the erasable pencil.

Helen Kreeger was born and raised in London, but has lived elsewhere for many years. She has been published in Blunt Moms (USA), ARC 25, 26 and 27 (Israel), Writing District, (UK), Café Aphra (USA), Scrittura Lit Mag (UK), Free Flash Fiction, With Painted Words (UK), as well as being a contest runner-up in Striking 13, Creative Writing Ink, and Soundwork U.K. 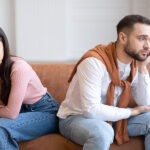 The Other B-Word: How To Communicate With an Ex Who Has Borderline Personality Disorder 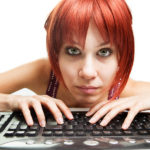 Help! They’ve Sucked Me In!