Now look – my five-year-old loves rocks. LOVES them. We’ve got rock “treasures” that’s he’s collected all over our house. Sometimes in *highly* unexpected places. I spend a lot of time surreptitiously removing rocks from pockets and backpacks and sweaty little hands, or convincing him to set the rocks free in their outside home.

He’s always happy to get a new rock. Which, to be honest, he can do really easily. There are rocks pretty much everywhere, his for the taking. A rock’s just not that great a birthday present. Especially when the present had been talked up. A lot.

I mishandled it for sure. I was, basically, an asshole. Let me admit that right away. When our babysitter, who’d been with the kids for a year and a half, gave my son a rock (okay, a crystal – but trust me, to a five year old and his skeptical mother, it was a damn rock) for his birthday, after telling him that she got him something really special, something just for him, that she’s searched high and low for and spent a lot of time picking out, he did not react… well. Arguably, I reacted worse. He burst into tears and threw the rock away. I, instead of telling him to say thank you nicely and appreciate the thoughtfulness of the gift, gave him a hug. I still insisted he say thank you (maybe not so nicely) but I *may* have (okay I did) whispered to him that I’d get him another present instead. My heart was just a little bit broken to see my little guy get his heart (momentarily) broken on his birthday.

I know. Gross. Unacceptable. Utterly thoughtless. Totally rude to the babysitter, who, it turns out, overheard and was crushed, and totally sending the wrong message to my (now) five year old. I taught him that tears result in more stuff. I missed the opportunity to help him consider the feelings of others. I absolutely failed to show him that it is the thought that counts.

But… is it the thought that counts? Seriously. I mean, obviously it is incredibly valuable for people to take time out of their lives to think about others. Many (not all, definitely not all) of us have so much stuff; isn’t there even more power in a moment of true human interaction, when someone stops to think about what is meaningful and chooses to share that with a loved one in honor of her birthday?

Yes. Absolutely yes. But just maybe not to a five-year-old.

And even maybe to a five-year-old. I honestly think that if she’d given him nothing except a sincere hug and a possibly a card, he’d have been utterly delighted. He wasn’t expecting a present from her. He wasn’t really expecting a present from anyone except his grandmothers, who had already asked him what he wanted and delivered precisely that and a bit more. He loved the cards his sisters made him, and had a great time being wished happy birthday by everyone who saw him in his birthday boy badge (sent in the mail from another, perhaps more in-touch babysitter). The thought – and the attention he got from the thought – would have been more than enough. The idea of a present was icing on the (baked for him by his oldest sister) fudge cake.

And then she gave him a rock.

It wasn’t that he wanted a present. But he didn’t want a bad one.

Again – to her, it was very special. She’s into crystals. She did, I’m sure, spend a lot of time thinking about what kind of crystal would work for him. (Full disclosure: I’m not sure crystals “work” for anyone.) He and the girls played with her crystals all the time. It was from her heart. It was meaningful – to her. It was very personal – for her. It was the perfect present – for her. Not so great for a five-year-old, especially on his birthday. He’d asked, in the past, to hold one of her crystals. That, to her, probably meant that it would be a good present. To him, it was not that different from asking me to keep a rock he’d found on the street. To him, crystals were about the same level as those other rocks – really fun to collect, briefly interesting, abundantly available, and destined to go home to the outdoors. To join the thousands of other rocks freely and generally interchangeably his for the taking.

I still should have handled it better. I should have taken the teaching moment for what it was, and at the same time made a virtue out of the crystal, celebrating its colour, asking about what it meant and why it was chosen. I should have given the babysitter a chance to express what the thought was, and in so doing, make it clear why it counted.

Instead, I indulged him and hurt her. Not great. Really not great. But at the same time, I do think that the thought itself was also not that great. I mean, it was great for her, but the present wasn’t for her. It was for a five-year-old boy. The thought counts, of course it does, but some of the thought has to be about the needs and wants of the person getting the present, not just the person giving it. It wasn’t all that surprising that a five-year-old wasn’t that stoked to be given a rock/crystal as his very special birthday present selected just for him. But the thought also needs to be extended to the gift-giver; I absolutely failed to do that, and in so doing, failed both my son and the babysitter.

Maybe there’s a crystal that can help with that.

Sharrona Pearl is a historian of the face and body living in Philadelphia with three kids. You can find her words @romper, @kveller, @lilithmag, @aeon, @reallifemag, @chroniclevitae, @scarymommy, and at www.sharronapearl.com. Feel free to say hi on twitter @sharronapearl. 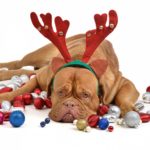 The Bitch Who (Almost) Stole Christmas 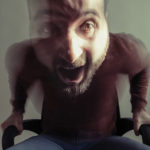 Don’t Be a Muckenschnabel; Keep the Christmas Dream Alive