When I was twelve, my middle school girlfriends and I called boys on the phone, hovered by the fence at Pop Warner football practice, and sat around at slumber parties speculating on which boys might ride past on their bikes or try to peek in the windows.

Now that I have twin twelve year old boys of my own, I regret all the hours I wasted attributing thoughts and feelings to those boys that I now realize they most assuredly did not have.

As I’ve listened to the pre-teen conversations around me, I’ve become even more aware of the polar differences between what girls speculate boys might be thinking, and what’s actually going on in their heads.

Recently a few other parents and I took a group of seventh graders on a five mile hike to earn points for their Outdoor Ed club. As I paused to pull out my water bottle, I overheard the conversation of two girls walking behind me.

“I think Noah read two books this week for the library contest because he saw that I’ve read 37 and he’s trying to beat me,” one said.

Before I had a chance to contemplate the unlikeliness of her scenario, one of my boys (we’ll call him Twin A) bounded up. “Mom?” he said, grabbing the water from my hand and swigging sloppily. “We can’t agree.” He nodded toward his friends who waited soberly for my response. “Do you think it’s better to be able to run super fast, throw poison arrows, or have flames shoot out of your eyes?”

I was certain none of them would be winning a book reading contest any time soon.

I stumbled over another example of this disconnect between girls’ imaginings and boys’ reality when two neighborhood girls came by our house with a giant cardboard box of Girl Scout Cookies. While I went for my wallet, one of them cornered Twin B, saying, “I emailed Jack and asked him if I was still a consideration in the girls he likes. Jack said, ‘I don’t know.’ Do you think that means he’s not sure if he likes me anymore, or if he likes me but he just doesn’t want to say it?”

While Twin B stood frozen in her spotlight, blinking as if unable to comprehend the question, his brother looked wistfully at the cookies. “I’ll bet if we broke apart that big cardboard box, we could use it to sled down the stairs,” he said.

Not long ago, one of my boys forgot his sandwich at home, and I used it as an excuse for a surprise visit to their cafeteria. The twins haven’t yet reached the tipping point on the parental embarrassment scale, and they invited me to sit down.

A girl on my right chatted seriously with a pal while eating pizza. “I want to ask if Ryan’s going on the same bus as me for the field trip but I heard he likes Olivia and her name’s closer in the alphabet so they’d probably end up together,” she said. “Should I ask him?”

Just then Twin A posed an important question for his buddies. “Who do you think would win the battle – Kung Fu Panda, or Obi Wan Kenobe?”

Then I heard the field tripper’s friend ignore her with a question of her own. “Do you think Connor will go to the dance? They’re having pizza and I know he’s gluten-free.”

Before I could eavesdrop further, Twin B interrupted. “Mom!” he said. “Do you want to hear a joke about pizza?………Nah,” he paused, grinning. “It’s too cheesy!”

If I’d known what boys were really thinking back in middle school, I could have focused on more useful things like piano practice, historical novels, or memorizing Robert’s Rules of Order for Student Council. While it’s too late for me to get back the lost hours of my life, I’m hoping I can spare some other girls a little heart ache with my insights.

The harder lesson will come when they realize that male thoughts and feelings don’t get any more complicated once they grow up.

My husband and I recently celebrated our anniversary at a fancy restaurant. I was fantasizing about romantic camping trips thirteen years ago, how lucky we are to have these twin boys, and how much we have to celebrate. I imagined he was feeling the same.

As my husband stared out the restaurant window, I asked him what he was thinking.

“I was wondering if I replace the number eleven derailleur pulleys on my road bike whether it would stop squeaking,” he said.

At that moment, I had a twelve year old boy wish: I thought about how cool it would be if flames really could shoot out of your eyes.

About the author: Ellen Nordberg can often be found on her roof in the Rocky Mountains, rescuing her twins’ remote control drones from the gutters. A co-producer of the Boulder Listen to Your Mother show, Ellen’s funny parenting essays have been featured on Errant Parent, Scary Mommy – Club Mid, Mom Babble, and in Colorado Babies magazine. Find her at ellennordberg.com and on Facebook. 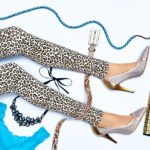 Reasons Why I Can’t LuLaRoe 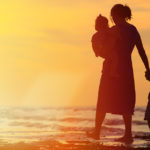 The Best Part of Your Life