I don’t mean to sound negative, but no one is coming for your tree. Unless you call the city and pay to have it picked up, it will forever remain at the end of your driveway, a constant reminder of Christmas past. I have been driving by your scraggly dried up tree since the end of December. You missed the window for Christmas tree collection by a landslide. I appreciate your optimism, leaving it as close to the street as possible, even on non-garbage days. I picture you sitting in your living room gazing out the window; certain someone will take it away. I actually considered coming over in the middle of the night and decorating it. Just to mess with you.

Christmas is a magical time. I get it. Sometimes we get wrapped up in snow globes and the smell of pine needles lacing our floors. We want to hold onto the holiday spirit just a little bit longer. After all, it seems like just yesterday we were dragging all these decorations out to place on awaiting mantels and front doors. Other times we are just too lazy to take down every ornament and string of lights. The thought of dragging our dried up tree to the curb, leaving a trail of dirty tree water and sap in its path, is just too much. January is such a forlorn month, what’s the harm in leaving our tree up just a little while longer? Let me break it to you gently. It’s February.

You are not alone. I suffered the same fate when, a few Christmases ago, I too missed the tree collection window. I watched, week after week, as the garbage man took everything but the tree. I felt shame. I tried to reason with our garbage man. I’ve been able to talk my way out of speeding tickets with a wink and a smile, but he wasn’t having any of it. Not wanting to pay additional money to get rid of something that was, essentially, part of nature anyway, I did what any upstanding citizen would do. I made my husband sneak out after dark and throw it into the woods near our house. I assumed it would blend in. It did not.

I know it’s hard to let go of the holidays. But its time.

A concerned and slightly amused neighbor 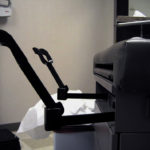 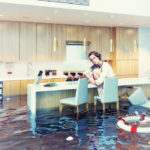