It’s taken me nearly five years to write this to you. Partially because I’ve been super busy and partially because until very recently I wouldn’t have been able to say what I’m about to say to you. Before I get to that part though, let me refresh your memory on how we became acquainted.

It was the Summer of 2011 in Manhattan. I was pushing a stroller containing my tiny newborn across 5th Avenue at 96th Street so that we could spend a few minutes outside of our apartment and enjoy some “fresh” air in Central Park. You were driving your Mercedes something or other, and man were you in a hurry to make a right turn onto 5th Avenue.

So there we were. Me with the right of way, and you with an urgency to turn despite that fact so strong I can only assume you were about to save someone’s life with a vital organ you had stashed away in your trunk or you were about to sh*t your pants. Whatever the reason, you were clear on your intention. The only problem was, I was walking too slowly for your liking. I get it. I had lived in NYC long enough to appreciate the annoyance of a slow-moving pedestrian. But here’s the thing. Not two weeks prior, I had delivered my beautiful baby boy, which resulted in an episiotomy. In layman’s terms, this means I had just been sliced open from my vagina to my butt hole, and as you might imagine, walking was a real pain in the ass, literally. But, on that fateful day when our paths crossed, I was determined to get out of the apartment because the walls were closing in on me with rapid speed. So, stroller in tow and pain meds consumed, I braved the great outdoors.

Our encounter was brief, but the memory of it long-lasting. As I crossed and refused to stop so that you could speed along and nearly hit my stroller, you did something I was not prepared for that day. Rolling down your window, you shouted out for everyone to hear, “HURRY YOUR FAT ASS UP!” and then sped by me so fast I feared I may lose my balance. My immediate reaction would make any New Yorker proud – I gave you the finger. But once I got to the curb and had a chance to digest what had happened, I felt the tears welling up. Fat. Ass. The words were piercing. And though I maintain my original opinion that you are, in fact, a giant douche bag, here’s the thing I recently realized. You actually did me a huge favor. Which is why, after all these years, I would like to say, thank you.

Thank you for teaching me very early into Motherhood that any generosity or compassion bestowed upon me while I was pregnant was now a thing of the past. Our society may love pregnant women and their growing bellies, but we don’t feel quite the same way about babies and their sleep-deprived and often struggling mothers. I can’t tell you how many people graciously held a door open for me while I was pregnant, but I can tell you it’s on par with the number of people who have actively ignored me while I have struggled to open a door with baby/toddler/stroller in my hands.

Thank you for making me aware of just how critical people are of mothers’ bodies. You didn’t call me a slow ass, a stupid ass or even a bitch. You chose fat ass because you knew it would hurt more than all those things. And it did. But it also toughened me up to the years that followed when I realized we simply cannot win when it comes to weight. We don’t praise women’s bodies for bringing life into the world, we judge them on how quickly, or not, they lose the baby weight. We judge them when they don’t lose “enough” and we judge them when they lose “too much.” It’s a game no one can win, and we’re all guilty of playing it. But thanks to you, none of the judgments I’ve felt in my weight journeys before, during or after I birthed my sons have even come close to what I felt on that day.

And lastly, thank you for reminding me that I must instill manners and basic human decency into my sons every single day so that they never, ever turn out to be like you.

About the author: Kelly is a wine, SoulCycle and Christian Slater enthusiast who also produces Reality TV. There are currently four penises in her family (husband, two sons and a dog) to her one vagina, so her girlfriends are very important to her sanity. So is dark chocolate. A co-founder of the irreverent parenting blog,www.mommydearestinc.com, you can also find her at Instagram, Facebook and Twitter 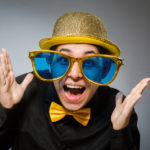 Dating After Divorce? Can’t I Just Die Quietly Instead? 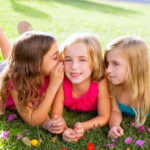