Around 5 am, the phone buzzes an early morning email from the Commander of the child abuse unit, a possible sexual assault of an 11-month-old, details are still coming in but officers are on their way to the hospital, “we’ll call you back when we have more information or need assistance with a search warrant” he says.

Up, we roll out of bed and start going through morning emails, don’t forget the status conference for the Uber rape and a quick email to a family reminding them about the plea in another child sex abuse case involving a 7 year old molested by her biological grandfather. After a shower, getting the kids up and ready and a few cups of coffee, we start through the arrests. 15 came in last night, 4 strangulations, we immediately check our records, any prior history? Because we know strangulation means high lethality and that the victim is 750 times more likely to become a victim of domestic violence homicide. We fire off emails to our victim witness coordinators and the prosecutors reminding them of our strangulation protocol and reminding them to check in with the victim to offer resources, ensure they have a safe place to stay, and make sure the victims received medical treatment.

The next few hours are a blur of emails and meetings about cases and caseloads. We get an update from the Commander, the child has an anal tear and will need surgery. The suspect, a babysitter is being brought back for questioning and there is a search warrant in our inbox for a search of the suspect’s residence. We review, edit, and send back and we continue on our day. The afternoon is spent talking to the next of kin in a domestic violence murder, about yet another continuance because DNA hasn’t been completed yet. The instant technology we see on CSI and Law and Order is so far from the reality we face every day, as it takes months for DNA analysis to be complete. We explain the delay to the family, why this evidence is important and why the continuance is necessary, but it’s no solace it’s been months since their daughter was brutally stabbed to death by her husband and still no justice. They have to wait. They cry at the memory of their daughter’s death made raw with every call, every hearing, and every continuance all just painful reminders that she is gone. We offer comfort with words and hugs but understand, their frustration is palpable.

Back to the meetings, this one about the next legislative cycle, discussion of changes to various laws including stalking and child abuse. Maryland is the only state in the union that does not have enhanced penalties for repeated stalking offenses, as we argue for support of the bill, we share the case where the Defendant was on electronic monitoring for assaulting his girlfriend; she had a protective order because she found a tracking device on her vehicle, and a Trojan key on her phone, and yet, the Defendant continued to drive by her house and leave threatening messages, paralyzing the victim in fear, keeping her a prisoner in her house. A stalking conviction just put him back on the streets, there no additional jail time under the current law and the victim asks “what was the point of coming to court and making him angry if he was just going to be let out again?” We ask this same question to the committee. We know she isn’t wrong and so we argue that we should have stronger laws against repeat stalkers. That meeting is interrupted by a call from one of the other attorneys from your unit, a detective received information that a mother was trafficking her 12-year-old daughter in an apartment complex, CPS has been notified but they are attempting to verify the allegation.

A few more cases roll into our inbox, a sexual assault of an unconscious woman at a college party, a girlfriend who stabbed her boyfriend numerous times and then filmed him dying on the ground, an allegation that a boyfriend has been holding his girlfriend hostage for a week making her eat dog food and keeping her in a dog crate. We review all the allegations and assign the cases to attorneys, still checking emails and our phones for updates about that 11-month-old. The update comes but it’s not what you want to hear, the forensic nurse cannot date the injury, the suspect denied the allegations, and the mother cannot confirm that the babysitter was the only one alone with the baby before the injury. The police are asking what do you want to do? And there is no easy answer. It’s way past 5 pm now, we’re making dinner or lunches for the next day. But we are also looking at photographs of the injury, listening to the suspect’s interview and trying to decide, do we have enough to charge? It’s a heinous crime but we have to put aside our feelings and remember our ethical obligation. After several hours of review and multiple conversations, we decide we don’t have enough. We give detectives a list of follow up and instruct them to let the suspect go home.

Kathryn Marsh & Melissa Hoppmeyer are moms and prosecutors with over two decades of experience between them, specializing in child abuse, sexual assault and domestic violence crimes. They are also co-founders of Right Response Consulting, an agency that provides training and in the areas of sexual assault, sexual harassment and human trafficking as well as developing policies and procedures for businesses and educational institutions. 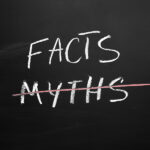 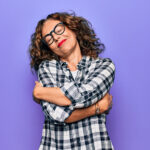