Last week a hashtag caught fire on Twitter and began stoking the flames of sexism that women still face on a daily basis. The hashtag #QuestionsForMen was created and put forth by author Clementine Ford, mostly known for her op-ed articles at DailyLife.com.au. The response to her hashtag was quick and pointed. A heated yet engaging debate ensued, with both men and women expressing frustration and indignation over sexism and the double standards women face on a daily basis all over the world.

If I’m being honest, when I first saw the hashtag along with the droves of tweets from others on Twitter, I became upset. Not because women were posing the question, but because of how it was being posed. As a progressive man who sees and treats women with nothing but the respect they deserve, the hashtag felt wrong; hurtful even. It felt like good men, like me and so many others, were being lumped in with every other jerk who objectifies women, or worse. Each tweet that followed honestly felt like a slap in the face.

Naturally, my laptop flew open and my fingers began typing with fervor and inspiration. I was going to write a response. I was going to turn the tables. I was going to create my own hashtag #QuestionsForWomen and show everyone how men, good men, get little-to-no respect for the efforts we make in helping feminism advance in society today. I was going to show them. I was…I was…going to sound like a gigantic jerk. I was going to do more harm than good. And more importantly, I was going to be the exact opposite person from who I really am, which would only validate those who doubt the idea of a good man.

I realize that being a man and talking about sexism, or how we too can feel discriminated against, can easily be a losing battle. But I feel like it’s a conversation that needs to happen just as much as the constructive dialogue started with #QuestionsForMen.

Stuck on how to properly express what I was feeling, I turned to the one person I knew would understand. The person who showed me not all that long ago what the word feminism really meant, and how being a feminist was not only a role for women; men could be feminist too. The person is my wife.

As someone who has her master’s degree in Latin American Studies with a concentration in Critical Gender Studies, I knew my wife was the smart choice for a consultation. More important than her education, my wife is a woman who cares deeply about women’s rights, and is raising the next generation of men in our son.

I explained my frustration over the hashtag itself, but more over the feeling that it seemed like no matter how hard we try, men will always get pulled into the muck when issues of sexism are raised, and how it feels like the progress we keep hearing about it false. My wife explained, “That’s the thing about progress; it’s slow. And a lot of the time it’s going to feel like it’s not happening, but that doesn’t mean you should stop trying. In fact, that’s usually when you should try harder. If women have questions, then answer them. Show them you’re listening; that men are listening.”

After talking for some time on the topic, we crafted a list of #AnswersForWomen. Granted, the responses we came up with are only a snapshot of a much greater conversation that needs to happen. They are simply from the point of view of a progressive man and a woman who is raising a son to be a good man.

Author’s Note: This list was co-written with my wife, Stephanie Cruse

– It’s not just you. I feel uncomfortable when I hear another man make disrespectful or degrading remarks about women.
– I too have received unwanted sexual advances in the workplace.
– I feel trapped by a stereotype that I should be a certain way because  I’m a man.
– I feel scared to express my emotions out of fear that I will be mocked for being too sensitive.
– I have never been told I should be raped for expressing my opinion online, but I have been told my son will grow up to be a homosexual because I spoke on how much I enjoyed the skin-to-skin contact with my son, and was told that is a woman’s job.
– Throughout our entire relationship, my wife, with her vastly higher education, has always earned more money than me; and I think it’s awesome.
– I have never been not hired for having a family, but I do have constant fear I will be fired for missing work to stay home with my son when he is sick or to go to his doctor’s appointments because men are not expected to do those things.
– When I’m out alone with my son, both men and women look at me and say, “Awww, looks like someone is babysitting today.” This makes me feel insignificant and disregarded.

– In order to address sexism, men have to be part of the conversation – not the butt of jokes.
– One of my hopes as a mother is that I can teach my son to be a “good” man. One of my biggest fears is that he becomes like the man you are angry with.
– We need to start by raising emotionally intelligent young boys and nurturing them just as much as we do girls.
– As a mother, I worry we’ve left boys behind in our efforts to move girls ahead. As a feminist, I wholeheartedly believe in empowering girls. ALL kids need to be nurtured and educated.
– I get that you’re angry at men. I’ve been there before, and I still go there sometimes; but tweets only last for 140 characters and a splash on the Internet. Talking to men, involving them in our lives, showing them what strong women are and what kind of treatment is unacceptable, is the solution and will last much longer.

Sexism is still very real in our society, and that’s a real problem. Progress, while slow, is happening, and while I was initially upset with the premise of #QuestionsForMen, I get it now. It’s not calling out all men, rather it’s calling out the act of sexism.

Our struggles are not the same, and I would never presume to say that. I do hope women know that there are men out there, growing in number every day, who understand and sympathize with this fight. Men like me, who are trying to raise the next generation of good men so that one day sexism will be nothing more than a forgotten word.

Mike is a married father of one crazy, funny, over-the-top, beautiful toddler son. Life-long story-teller with a love for writing. Creator and lead writer at PapaDoesPreach.com. Currently still stuck in a 9-5 job, but inching closer to his dream of being a writer when he grows up, one blog post at a time. Born and raised in San Diego, CA, but now resides in Alexandria, VA. Connect with him on Facebook and on Twitter. 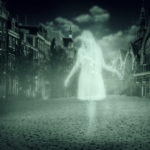 How to live successfully with a dead woman 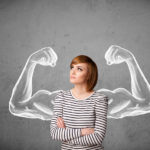 What I Learned From #LikeAGirl