The other evening, I forced myself to take a few minutes and streamed a ten minute yoga class for beginners. The yoga instructor started the video off by saying “I’m so glad you made the decision to take ten minutes to yourself, that is so brave and amazing of you.” I almost got choked up by this at first, for someone to tell me I’m brave and amazing. I think most of us moms right now are lacking in compliments and flooded with exhaustion, guilt and stress. We know we’re doing a great job, but often aren’t told so. I then thought to myself how sad it is that in today’s society we have to congratulate ourselves for taking ten minutes out of the entire day to do something that simply makes us happier.

Self-care has truly become a luxury at this time frame in life for mothers instead of a necessity. You shouldn’t have to force yourself to take a break before you break. It shouldn’t be something we do when we are already empty. Most people don’t wait until their car is literally on E before filling up (I may have been guilty of doing this once or twice). But at the same time, as mothers, I think it’s hard for us to ignore everything going on around us- laundry, dishes, bills, doctors’ appointments, the list is endless. It’s hard for us to wrap our minds around putting all of that stuff aside and focusing on ourselves, especially without feeling guilt. We continuously choose to put our own happiness on the back burner. It was finally through opening up this topic with other moms that I realized I was not alone in feeling this way. I was not alone in feeling simply forgotten. Not depressed or even lost, just simply forgotten about. When no one asks mom if she’s okay or what she needs.

I get what it’s like to have family members come in a week after your baby is born and ask only how the baby is doing. Or ‘how is your husband doing with all these big changes?’ ‘How are the kids doing in school?’ It’s not often asked to a mother, “how are you doing?” “Are you okay?” And the truth is we’re not okay. We’re not superwomen. Especially in such trying times.

That is why it is so vital that we are intentional about self-care. That was my main takeaway I learned after interviewing these twenty other mothers was that you will not do anything for yourself unless it’s intentional. The best part about speaking to these amazing women (some working moms and some stay at home moms) was that their definition of self-care when asked was so unique to what they needed as an individual. Some were so desperate all they wanted was a hot shower without any interruptions. Some wanted to go shopping alone and not stop in the kids’ section for once. For some it was being intentional about hiring a babysitter and doing date nights. One mom said no matter rain or shine, she took a walk to decompress every night. For some it was prioritizing sleep or working out, so they didn’t feel resentful. For another it was simply waking up ten minutes earlier than her kid to enjoy her coffee while it was hot.

Another amazing mother said, “self-care is sometimes doing things that aren’t always fun but benefit you in the long run, such as not having that extra glass of wine or eating mostly healthy. By doing so you’re prioritizing self-care and modeling to your kids that you have to take care of your own needs too and replenish your own cup. No one is going to do that for you, but you.” Another mom mentioned that everything feels so heavy right now on the news and in life, that watching any trashy, lighthearted TV show helps her decompress and check out for a little on her own mental load. And it was definitely clear that the working moms I spoke to still felt most of the household responsibilities fell on their shoulders. It was up to them to ask for help or hire stuff out.

Whatever the case may be, working or not working, day by day what we need in regards to self-care will continuously change. And as a mom, when our cups are literally and figuratively empty most of the time, it can be hard to force that kind of self reflection. But keeping things simple, self-care is truly whatever you need to do to feel better that day and be the best you for everyone else. Sometimes, as a mom, we have to be our own best advocate and cheerleader. And that’s by taking time to check in on yourself, think your own thoughts, put aside anything else pulling at you. Take time to simply process.  To not feel rushed. Whether for that day it’s a 30-minute run, getting away from the house kid free for an hour, a simple pedicure or a girl’s weekend away. One thing was clear though: Unless these women were intentional, the self care did not happen. Even superwoman didn’t have unlimited reserve, no one does. So be intentional and take that extra time to ask yourself if you’re okay and what do you need? Even if it’s just a ten minute online yoga class at the end of a long day.

About the author: Rachael is a writer and chief encouragement officer to her fam of four. She is a baby lover, old people hugger and schedule juggler. As a midwestern girl living in a South Florida world, she enjoys transcribing her time raising her six year old daughter and three year old son. She doesn’t take herself too seriously but does her kids bedtime. 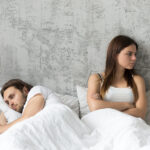 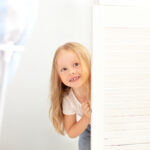