I’m all about the “it takes a village” mentality when it comes to raising children. I want to see my village driving slowly and carefully past my kids in the parking lot. I want my village looking out for kids in need. I want women and mothers in my village showing each other love and support daily.

What I don’t want is for my village to think it’s their job to back me up as I’m disciplining my kids.

In my mind, “backing up” another adult who is in the midst of disciplining involves verbally agreeing the child’s behavior was out of line, and reiterating what the child needs to do to correct it or what the consequence will be. Two adults telling one kid the same thing, presumably that the child already knows since they’re not actually being raised by wolves, is just plain stupid. “Yup, honey. Your father is right.  Stuffing your brother into the refrigerator and trying to close the door is totally unacceptable.  You lost the iPad today!” That’s pretty simple and straight forward, even with a super strong willed kid.  As the mother to two of perhaps the most strong willed kids walking this earth, I get it. They back talk. They keep right on misbehaving after the first warning. Their response to losing privileges is often the preschool equivalent of “frankly my dear, I don’t give a damn.” So what.  They’re still children, and we’re still parents. We’re talking about a 40 pound kid who still asks to have his butt wiped. As adults and parents, are we seriously so out of our league with our kids that we need “back up?” No. We’re not.

The second reason I hate the idea of “back up” is it undermines the adult who is dealing directly with the child in that moment. As a mother, I don’t need my husband, some crotchety old lady at the store, or a family member with grown children giving my kids the idea that I’m not 100% capable of parenting and disciplining them. Many times, “back up” serves as a thinly veiled opportunity for another adult to throw in their expectations for my child’s behavior which may or may not be in line with my expectations. Other times it serves to criticize the job I’m doing. I don’t need help or advice from the peanut gallery. I’ve been mothering plenty long and I’ve got this covered. If you step in to “back me up” as I’m disciplining, don’t expect my appreciation. Expect me to stare you down long enough that you clearly understand you better not do it again.

The third reason I can’t stand the idea of “back up”, is because it basically amounts to dog-piling. Fundamentally I’m of the belief that discipline shouldn’t be about control and domination but about helping a child grow as a person and learn to make better choices. It should be done respectfully with the goal of teaching and guiding. Being ganged up on feels shitty. I don’t see it as a catalyst to changing or improving behavior. I see it as a recipe for damaging relationships.

Parents, if you’ve decided to bring children into this world, trust you have what it takes to discipline them without back up from other adults. You can handle this part of parenting solo, no problem.

And if you’re one of those people who has a strong need to “help” the mom of that bratty kid melting down over candy in the checkout line, control your impulse. Trust me, if you think that kid is bad, just wait until that mom snaps your head off for sticking it where it doesn’t belong.

About the author: Ashlyn Washington is a tired mom to two kids, one with autism and an immunodeficiency. She loves espresso, April Fools’ Day, and yoga pants and lives for quiet moments when her kids are sound asleep instead of destroying her house.  She blogs at www.walkinginquicksand.com. 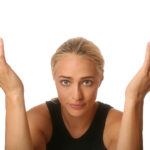 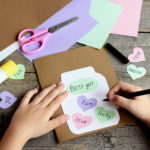 I Make My Kids Hand Write Thank You Cards