Growing up I spent a lot of time with my mother.  We liked all the same TV shows and had very similar personalities, so we hung out a lot in the evenings.  I am an only child, and my mom was mostly a stay at home mom, so we had lots of time to bond.  My dad worked very hard at his job supporting our family, and he had different taste in television, so he was usually working on paperwork and computer programs in the basement.  I still saw him plenty, and he was always there to help me when I needed him – even as an adult – but we just didn’t hang out the way my mom and I did.  I think that’s what makes these memories of our time together even more special.

This is starting to sound like he’s dead or something, which he totally is not.  It’s just that Father’s Day is coming up and I’m getting all sentimental.  And maybe also hoping that this can count as his gift – that man is impossible to shop for!

He took me on the train to the CNE, and my favourite sun visor blew off my head when we were standing on the platform.  I remember crying.  To this day I have no idea how he did this, but he got it back.  It was covered in soot from being under the train, but he got it back.  He has an amazing way of fixing things.

I was depressed after getting my braces on, so he pulled me out of school for the day and took me to Toronto to go to the science centre.  He bought me an Oh Henry chocolate bar that I wanted.  I panicked after the first bite because I remembered that I wasn’t supposed to eat chewy things, and I was afraid that I would wreck the braces that he worked so hard to pay for.  He wasn’t worried and told me to eat the chocolate bar anyway.

I was in the hospital after getting my tonsils removed, and I was too scared to take my band-aid off.  He came to visit me after work in his firefighter dress uniform, and decided that I would be better off if he just pulled it off quickly for me and ended the torture.  I screamed bloody murder, causing half the nurses on the ward to run toward my room.  He took the heat from me and a room full of nurses to help me to be less anxious.  He also went on to endure quite a public shin-kicking in the middle of Disney World after I did not enjoy the Big Thunder Mountain roller coaster as much as he told me I would.

He took on full Easter Bunny responsibilities, and always had my favourites in the basket.  Valentine’s was his day as well, and even when I was in University I remember coming out to find chocolate hearts wrapped in red foil that he arranged into the shape of a bigger heart.

He taught me to drive.  I took driving lessons as well, but he is the one who made me the confident driver that I am today.  He made sure that I wasn’t going to be too scared to drive on the highway by making me push through the fear when I didn’t want to try it.  He never stomped on an imaginary brake pedal or gripped the door handle like he was going to tuck and roll.  He believed in me, and because of that I just drove 8 hours to Baltimore and back by myself.

Every September in high school he asked me if I thought I was going to make the Honour Roll.  He expected me to go to University.  He had me doing math problems on the TRS-80 computer when I was 5.  He knew I was smart and he believed in me.  He paid for my degree and gave me a car when I wanted to move home in third year.  And he has never made me feel like I wasted his money by being a stay at home mom.

He came into school to be my show and tell and made me the coolest kid in the room for a day at a time.  Once he brought his Radio Shack computer – back before anyone had a computer in their home.  That would have been like someone bringing in an iphone five years before they were common place.  It was cool!  The other time he came in his firefighter gear, and really what could be cooler than that?

He rushed to my house to look after Molly when I was in labour with the twins.  He stayed with her and made her feel safe when we were at the hospital for several days.  I never worried about her.  He didn’t even complain when she gave him a raging case of pink eye!

He built me a beautiful doll house for Christmas that he worked on for weeks, and he used pieces of the flooring from our real house, so I still have a piece of the home that is no longer ours.

He let me take care of him after his heart attack and bypass surgery.  He got better.  That is my very favourite gift.

Happy Father’s Day to my special dad.  He’s always been my cheerleader, my rock, my handyman, and my mechanic.  He’s my friend, my protector, and my teacher.  I am lucky to call him Dad. 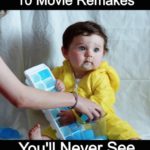 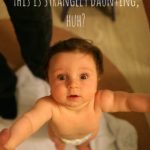