I was certain when I found out I was pregnant with my third child at age 39 (and 5 years after the birth of my second son) that this little oops just had to be the girl I so longed for.  Because I was over 35 and considered geriatric, I didn’t even have to wait the full 20 weeks to find out the gender!  So there I was, sitting in my office at work when I got the call from my OB’s office.  I knew right away by the tone of the nurse’s voice that this wasn’t the news I was longing for.  She didn’t necessarily know that I was hoping against hope that this new little angel growing inside of me was a girl, but she did know that I already had two boys.  So the clichéd assumption that I wanted a girl oozed from the other end of the line when the nurse shared the news that I was carrying another boy.  I’d like to say that my initial reaction was to be thankful that the child growing inside of me was healthy and strong, and that gender didn’t matter.  But as soon as I hung up the phone, I put my head in my hands and began to weep.  I was devastated and angry, not at the baby, but at life and how unfair it was.  I was unreasonably mad at my husband for only shooting male sperm into me.  I was mad at my mom for telling me that I just had to experience the joys of having a daughter because they keep in touch and take care of dear old mom.  Most of all, I was mad at myself for being so upset about this, why couldn’t I just be grateful that I was bringing another beautiful baby boy into this world?

Once the tears and anger subsided, I dusted myself off and prepared to share the news with my close family and friends.  I was dreading it.  Everyone knew I wanted a girl and I didn’t want to see the pity in their eyes or hear it in their voices.  But it was inevitable, and each time I revealed the gender with someone new, it was as though I was hearing it for the first time.  Of course I acted stoic, as if it didn’t bother me in the slightest, but inside I was crumbling.  There were also the windbags who questioned why we didn’t better prepare, “there are ways to try for a girl you know… why didn’t you plan ahead?”  If it were that simple, then we would’ve had the girl the second time around!  But here I am, trying to convince myself and anyone who cares, that I was only meant to be a boy mom.

It got a little easier once I entered the acceptance stage.  But easier didn’t make it better.  It wasn’t until I spoke with my therapist that I realized it was completely normal to feel this way – I was mourning the fact that I would never give birth to a baby girl.  When we found out I was pregnant with my third child, my husband and I mutually decided that we were shutting down shop – no more babies.  His vasectomy was scheduled a few months after delivery so a baby girl was no longer going to be a possibility. I needed to stop feeling ashamed and allow myself to mourn.

So here I am, 2 years later… and I’m still mourning.  Maybe it’s a lifelong process, or maybe I’ll get over it in a few months, or a few years.  Even now, when I see a family with a daughter who has two older brothers, I think to myself, why them?  Why did they get their girl and I didn’t?  Listen, I love my three boys with everything I have and that will never change.  They are the reason for my existence and my life wouldn’t be complete without each one of them.  But I didn’t get my girl, and hopefully that will be okay someday.

About the author: Kelly Mongelli is a higher education professional and mom to 3 young boys and 1 very girly dog, who lives in the suburbs of New York City.  At the ripe young age of 42, she has finally embarked upon her passion for writing. 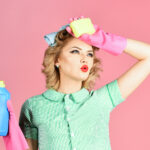 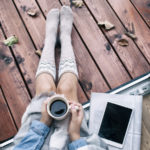