If you have a son, I’m sure you’re too exhausted to even read this.

But you may want to pay attention because I think I’m onto something. At the very least, you may feel a temporary sense of relief.

When my son was a toddler, he was an active (and adorable) little guy. He started walking around furniture at 8 months, running at 11 months. And he honestly hasn’t stopped since.

Through the years, I can safely say I never sat down to eat a full meal. I never had a complete adult conversation. Nor could I shower, write or pa-diddle in peace.

My cutie always had to be doing something. He always had to know where mommy was. He always wanted to play. To race. To climb things. Get into things. To get into mischief when Mom was on the phone. To play with friends. To watch this, but not that.

He liked going on certain errands with Mom. Like the bank (for free lollipops). The dry cleaners (for free candy). The post office (for a free dinosaur stamp). The coffee shop (for not-so-free hot chocolate). We’d go to the zoo, and he’d want to see everything FIVE MINUTES AGO. “The gorilla is cool. OK, let’s go see the tigers now, Mommy.”  He had an attention span the size of an old man’s bladder.

We literally flew in and out of museums, aquariums, libraries and zoos in record time.  He’d probably zip through the Louvre in 35 minutes had I ever taken him to Paris. (With an occasional, “What’s that leaf doing THERE, mommy?”)

I used to PRAY for naptime. (For both of us, because I was so incredibly exhausted with my little adventure-seeker, and I was pregnant with my daughter when he was 2!)

They start out exhausting you physically with their active imaginations and little energizer busy-bee bodies. Then before you know it, their khakis are floating above their ankles because they grew another two inches. And they want a cell phone.

I promise you, boys DO get easier. And I’ll tell you WHY boys get easier with age:

About the author: Jackie Hennessey is a Rhode Island mom who gets what other mothers go through. Having worked full-time, part-time, and been a stay-at-home mom too, she sees motherhood from a variety of angles. And thankfully, with a sense of humor. Jackie blogs about her take on motherhood at ventingsessions.com and writes about it in her book, How to Spread Sanity on a Cracker. 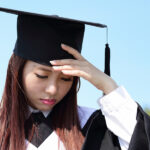 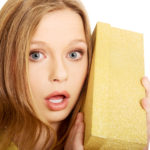 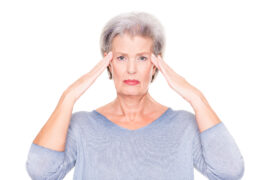 What a Midlife Mother Really Wants