Before you get all ” this is a sexist, stupid idea” hear me out.

Breastfeeding grown men could save the world.
Men start wars. Men fight wars. Men rule the universe.
But if they were on a scheduled feeding, I mean wouldn’t it slow things down?
Stay with me.

We live in a patriarchal society. This would instantly change when they had to rely on us for food. We become the hunter and the gatherer.

Sexism ends when men see breasts as a source of their own existence. When was the last time a man motorboated a t-bone steak? He’d respect the breasts for once. He would understand what they offered – comfort, nourishment, a safe place.

Exploitation of women’s bodies – over.

Using “breasty” women to sell products hasn’t worked on babies. It would be the same for breastfed men. They wouldn’t expect broccoli to sell a sports car would they? So why boobs??
But how would this better our lives, as women you ask?
Here’s the kicker.
Breastfed men would be so much easier to manipulate, er I mean deal with.
Fussy cause he lost a potential client? Come here, hop on the lap and have some num num. (Or pump into a bottle. No need to be weirded out while saving the world). He soon forgets that client and feels welcomed. This is the alternative to the miserable baby bitch he usually is.

He’d always come home. Breast is best and he wants what he is used to, so he wouldn’t settle for sloppy seconds.

(You get to keep your big boobs and lose weight. Hello??)

Don’t have a man to breastfeed? No worries. Entrepreneurial opportunities rise to an all-time high. We just solved unemployment.

Lastly, we know the secret of a happy breastfed child. Sleep.
Men could use some nap time.
Seriously running wars, offices, sports teams, and making more money than us must be exhausting.

Let’s keep them calm. Take their edge off and drug them into a lulling gaze.
While we take the fuck over. 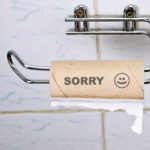 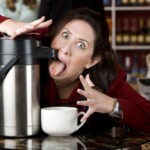 Thoughts From My Coffee Addicted Brain In the Starbucks Drive-Thru 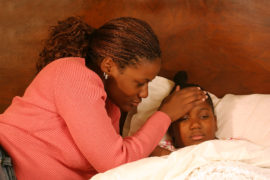 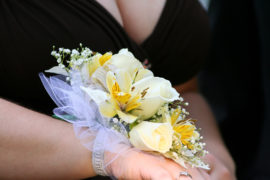