When we live with a man it takes some time to get used to the not-woman stuff that comes with him. Beard scrapings in the sink, toilet seat wrongness, incorrect dishwasher loading, and farts.

This piece is life advice for young women who choose the path of a domestic arrangement with a male human. Your mother may have had “the talk” with you, but I bet she didn’t tell you about the socks and underwear thing. She never mentioned how much real estate his socks and underwear would take up in your marriage.

There is the “socks on the floor” drama. I find them everywhere. Random sock removal from feet happens at our house, and now, following his example, my children do it too. Some days it looks like an evil trickster put a bunch of socks in the hands of a poltergeist who then used them to do the dance of 1000 socks in my house. The flung socks blanket every damned surface and are stuffed in every nook and cranny. I mean really – is there some legitimate reason there is a dirty sock hanging on the living room lampshade? Are you all just a bunch of sock monkeys climbing on shit and dropping them everywhere? (My family laughed at my tears, then offered me a sock to blow my nose.)

Then there is the underwear and sock audit. Like most husbands, mine will wear a pair of gonch until they are more holes than fabric. The elastic droopily hangs around his Dad bod waistline, with a few frayed bits of fabric holding up what is left of the briefs. So not attractive, and frankly hardly up for the job of being underwear anymore. His socks are the same – no elasticity, big gnarly toes sticking out, and often the dog has had a go at them to boot. Some of them don’t technically qualify as socks anymore. They would be more identifiable as a sea anemone washed up rotting on the beach.

The drama comes when I toss old underpants out while he is present for the funeral. He looks alarmed like I am killing his favourite hamster or something. “Those are still perfectly good and soft and I finally have them broken in!” he whines. And by “broken in” if he means ripped, stretched, stained and malformed, then yes, they are broken in. I now just throw them out when he isn’t around, and put other acceptable garbage overtop so he doesn’t see them and pull them back out (Yes, that has happened… )

Then there is the whole fashion issue around socks. When we had to have the “socks in sandals” conversation, it was almost a deal-breaker for us because of his attachment to this look. Black socks and sandals – are you with me now? And NO, Crocs and socks are not a better alternative. I had to sit him down and deal with his trauma over this issue. I hate watching a grown man cry, don’t you?

Christmas also contains an element of socks and underwear. If your family is like mine, this is a standard gift for the man of the house. He makes nice noises about the gift to be polite and it earns me a disingenuous peck on the cheek. The year I got him slightly racier underwear, he got genuinely enthusiastic about his new “stripper underpants” and went to try them on and came back to show them off with a little happy dance by the fireplace. Christmas morning will never again be the same for our children.

In our family, the laundering of the socks and underwear is in my wheelhouse. I don’t trust anybody else not to shrink my office clothing so I maintain an iron grip on all things fabric. The number of times I have heard this question bellowed from the bedroom: “DEAR… HAVE YOU WASHED MY FAVOURITE UNDERWEAR?” To which I respond (in my head) “why would I retain this knowledge? Instead, I bellow back “WEAR WHAT YOU FIND CLEAN OR TURN YESTERDAY’S INSIDE OUT!” This is because I give no fucks. Truly… not a one. By the way, I don’t even have to tell my son to turn his inside out for day two, he just does it.

Super important bit: If you are in the boyfriend phase and are considering the big “move in together” decision, and he prefers to go commando, you need to end that shit right-the-hell-now. Get it in writing, take him underwear shopping and tell him his free balling days are over. That, or he is on laundry duty for the rest of his life. Trust me on this one cupcake, just trust me.

Over time, we adapt and accommodate. We lay some woman things on him too. How much fun was it the first time you asked him to go get you some tampons and chocolate? Wasn’t his face classic? I should have snapped a photo of the horror when I requested a store run during shark week. I almost busted a gut when his lip started to quake and he barely squeaked out “by myself?”

So ladies, if you are planning to get yourself a man, print and tape this post into your wife manual so you are equipped to handle this little known management issue with the dude in your life. 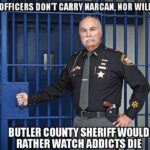 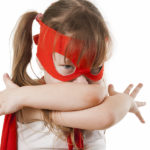 If I Had the Balls of a Toddler 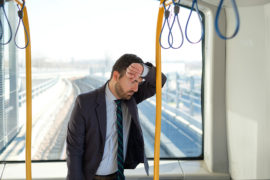