Some people consider it a job-job, meaning they rely on it for their day-to-day income, while others consider it a hobby, side-project or even simply catharsis. Occasionally we come across the few and far between who adopt blogging as a way to seek attention, or alternatively just revel in the attention that it brings.

There isn’t anything wrong with attention, really. We are human, it’s what we crave. I don’t think many people would put in the time, dedication and man hours it takes to be a “successful” blogger if there wasn’t some potential notoriety attached.

But, just like there are bad doctors, bad police officers and bad religious leaders, there are bad bloggers. Not in the can’t-put-a-sentence-together-to-save-their-life kind of way (though unfortunately that rings all too true) but in the using-blogging-to-get-negative-attention kind of way. Enter Lacey Spears and today’s rather unfortunate news reports about how she poisoned her sweet boy while chronicling his illness and subsequent death on her blog.

Thousands upon thousands of bloggers going through stressful times turn to their blogs, or blogger friends, for support. Sometimes simply to let it all out. These bloggers, people rather, find solace and support where there once was none. They have a community to hold them up when they need lifting and a thousand shoulders to cry on. Don’t look at Lacey Spears as an example of what the blogging community represents in tough times. Look at the wonderful example of the Male blogging community coming together to support their own upon hearing of his Stage 4 cancer diagnosis. Look at the men & women who set fingers to keyboards and create change all around them every day. Look at young kids like Hannah Alper who are determined to use social media as a way to make the world a better place.

Everywhere in the world there are good people who do bad things. Think about the fact that its 2014 and we talk about fat-shaming and slut-shaming at the breakfast table and many people are still too afraid to discuss the mental illnesses that plague them day in and day out. Lacey Spears is obviously a sick individual, and will forever be known as the “Mommy Blogger” who poisoned her son for attention on her blog. But don’t give it a second thought after that, please. Don’t assume that all “Mommy Bloggers” (or Bloggers as most of us don’t like to be limited to our ability to procreate) are capable of the kind of crazy it takes to do something like that. Instead, let’s talk about Mental Health. Let’s keep supporting the people who truly need it, and let’s use the power of our words to do good while we still have the chance. 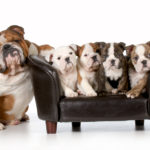 How to Kill Baby Fever with Fire

no hiding. just love and celebrating