A lot of things change when you become a parent. Your days are filled with nuclear diaper blowouts, shirts stained with spit-up and gods know what else, and you’re lucky if you get more than three hours of sleep at a time. After your kids learn to walk, you have to baby-proof the entire world because it’s like a law or whatever. Once your kids learn to talk, you won’t get to enjoy another quiet moment until they reach that preteen Emo phase, the one where they only venture out of their bedrooms – begrudgingly – for meals and school.

My daughters are past all that now. They’re in their teens and we’ve finally settled into a comfortable, euphoric existence sustained by our mutual respect and admiration for one another.

Who the hell am I kidding? They keep taking all my shit!

Getting ready for work this morning, I meandered through my usual pre-shower morning routine of foraging for clothes when I discovered my bra was missing from its usual home in the drawer. Not just any bra – the ONLY bra I have for full day wear. I used to have two until one of them tried to impale me with its underwire. The thing popped out of my chest like that creature from Alien screaming “FREEEEEEEEDOM” like Braveheart and quite frankly, I’m lucky to be alive right now.

So I’m down to one bra. I guess if we’re being technical, I do have several others but they’re not really meant for all-day wear. Ladies, you know what I’m talking about. Those lacy deals aren’t meant to hoist the girls up for a long hard day at work – they were designed for other long hard… things. (FYI for the menfolk: When we wear a bra like that, we really can’t wait for you to take it off. That lacy shit itches like a motherfucker.)

No. When it comes to keeping the girls forcibly-yet-gently-contained-and-standing-at-attention all day long, one needs an industrial bra. A bra that’s sleek and form-fitting with ample coverage, one that’s comfortable and one that will adequately mask any surprise T-H-O. (Nipples get hard, that’s a fact of life no one is denying, but the entire office does not need to know when your twins are sporting dual hard-ons.)

Its absence changed the course of my entire day, from the shirt I chose to wear, to the way I handled my every move. I had a list of reminders running through my head all day long to make sure I didn’t bend over too far (or stuff might fall out) and didn’t hit any potholes on the drive to work or walk too fast down the hall (to avoid unnecessary jostling). I survived the day… but at what cost?

I suppose I should be thankful that I had any bra to put on in the first place. I cannot accurately count the number of times I’ve reached for something… … … only to discover that it was not there. Fresh socks. Last clean pair of underwear. A shirt I intended to wear. My favorite pair of jeans. My deodorant. Mascara. BB cream. Eyebrow comb. Tweezers. Nail polish remover. Fragrance oil. Lip balm. That bag of candy I hid behind three sweaters on the second shelf to the right.

I think my toothbrush is the only thing that has always remained in its normal resting place. Hold on…

Don’t get me wrong. I really do love that my girls are at an age now where I almost know what it feels like to have sisters. We “spill the tea” together, which is apparently some cool slang term the kids are using these days to describe gossip and I’m so freaking cool now because I am IN on that knowledge, you guys!

If we’re going out somewhere, we crowd in front of my big mirror because it has the best lighting. My girls come to me to rant when they’ve had a bad day, to share amazing news when they’ve had a good one, to unload their emotional baggage when a friend has done them wrong or someone has broken their hearts. We confide in one another all the time. While I still have to use the Mom Voice every once in a long while, we enjoy a relationship that is greater than anything I could have imagined before I became a mother.

Now I just need to figure out where my damned bra went. 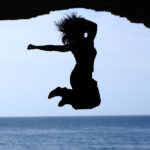 Mama is Goin’ to Mexico! 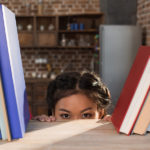