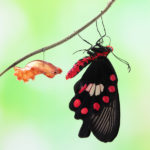 What do you do when your kid is terrified of dying? 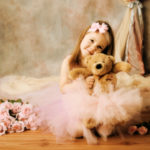 Why I’m Letting My Girl Be a Girl