It’s no secret our world is hurting fierce. Violence, oppression, pain, loss, suffering. I don’t think a day passes without a new headline. A new blow. My heart and soul constantly ache for change. But I don’t think we’ll get there until we talk about the elephant in the room. It’s a big one so brace yourselves.

Now before you get your panties in a twist and tell me to calm down or that you don’t see color or start listing off all your black friends, just take a few deep breaths. I didn’t say this conversation would be comfortable. It will make you squirm. It might make you angry or sad or frustrated, but change never happened in a comfort zone. Comfort zones create stillness. They keep us silent. I think it’s time we finally started talking though.

The racism I’m talking about isn’t overt, it’s subtle. It isn’t the KKK burning crosses or someone using a derogatory term. I’m talking about institutional racism. The one hidden behind our veil of whiteness. The racism of all-around nice people who are not consciously or intentionally racist, but who ignore the systems that perpetuate inequality. Why don’t we see it or call it what it is? Because it isn’t a problem for us. Those of us with privilege don’t live the struggles of oppressed populations. We just don’t.

Let’s talk about why.

According to the Center for American Progress:

It doesn’t stop there. Black Americans are also more likely to be shot and killed by police officers. But wait you say, statistics show more white people have been shot by police this year. Yes, the numbers reflect this, but comparing the number of blacks vs. whites killed by police is simply ignorant unless you first adjust for population. Let’s not forget black Americans only comprise 13% of the total population.

I could go on forever. Poverty, education disparities, wage gaps, white flight, so many complicated and deep-rooted issues plague the black community and make it harder for them to gain access to the same opportunities. Our nation shouts about progress made. About the Civil Rights movement being over and everyone being treated equally, but this just simply is not true. If anything shines a light on this reality, it’s most certainly the state of our justice system.

“There are more African Americans under correctional control today — in prison or jail, on probation or parole — than were enslaved in 1850, a decade before the Civil War began.”

When we unpack the data and revisit history, we can see the desperation behind the #blacklivesmatter movement. The movement exists because the black population has been marginalized throughout our country’s history and because white lives have continued to matter more.

You know that elephant in the room? That unintentional racism I mentioned? Ignoring this movement, shrugging your shoulders, shouting that all lives should matter instead, that’s ignoring the problem exists. Ignoring race is an issue.

The thing is no one started saying “all lives matter” until black lives were asked to matter too. All lives matter is a knee jerk reaction to black lives matter. A reaction created out of discomfort. A reaction that reminds us of our whiteness and challenges our notion that race isn’t an issue in this nation. It really is the epitome of white privilege to be able to ignore race. It’s easy to ignore race when your race doesn’t follow you everywhere you go. Black people don’t have the luxury of being colorblind. They live in a world that constantly reminds them of their blackness and I wish more than anything our culture would start to acknowledge this truth.

The problem is America has become empathy deficient.

We fail to genuinely try to understand someone’s journey, pain, or circumstance. We jump to conclusions and assume someone is lazy, entitled, or completely to blame for any struggle they may endure. When did we start to diminish the human experience? No one is perfect. We all fall and stumble and sin. We all experience loss and heartache and despair. It’s easy for us to sympathize, but empathizing requires much more work. It requires releasing all bias, and truly madly deeply walking alongside someone in their journey. It requires stepping in their shoes. Stepping into their pain or history or experience and feeling what they might feel. Seeing what they see. Walking in their truth.

So where does this leave us? I’m not really sure. The thing is progress won’t be made until we as a nation first admit racism exists. I used to work as a domestic violence counselor and I had to reveal this truth to my clients on a daily basis. The first step to change is taking ownership of your part in the problem. An abuser’s behavior won’t change until they first admit that what they are doing is wrong. Sadly, most abusers fail to take this crucial first step. They fail to take responsibility. They aren’t willing to change because they don’t see their behavior as wrong to begin with. And no matter how desperate the plea for justice and peace might be, I just don’t think America is ready to admit that they are wrong.

We don’t want to face the elephant in the room.

About the author: I’m Alexis, perpetually tired mama to my fuego babes by day and LCSW/doula-in-training by night. I survive on all the sarcasm and caffeine and ramble about motherhood, life and social justice over at Mrs. Mombie. That’s mom + zombie cause negative sleep y’all. The hubs delusionally believes more babies are in our future, but my body is wrecked and I can’t for the life of me do enough kegels to repair the damage. You can find more of my nonsense on Instagram, Twitter, and Pinterest. 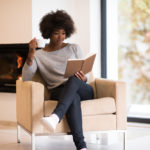 It Is Tiring To Be Black 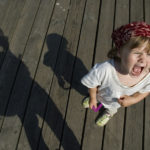 How Not to Raise an Asshole