It seems there is a new dirty “F” word taking hold in society. Some people love it; lots of people loath it. And everyone has something to say about when, where and how it should or shouldn’t be used.

The other day, I was at the mall doing some festive shopping when my eight-week old started to squawk. We settled down on a bench so I could feed him a bottle…a dirty little bottle full of the dirty F word.

Just as my son started cooing with delight, an older man sauntered over to have a gander. He leaned in to take a look and lingered just long enough to make me uncomfortable. When he finally stood up straight, he looked me dead in the eye. I smiled with pride thinking he was going to tell me how cute my baby was, but he didn’t smile back. Instead he said, “That baby should be drinking mother’s milk.”

As he meandered away he muttered, “He shouldn’t be drinking that stuff…”

I was stunned by his audacity almost to the point of speechlessness. Almost…but not quite.

I shot off the bench—ferocious words were my weapon of choice as I flew after him.

He stopped and turned somewhat surprised to see I’d leapt from the bench with such stealth all while my baby still managed to nosh away.

I stood frozen just long enough to channel my inner momster. I threw my shoulders back, took a deep breath and began my performance.

Satisfied with my spectacle, I took a bow…but no one was clapping. The man did, however, look somewhat apologetic. He backed away in repentance, but still managed to rhyme off something about wet nurses in his day.

Breathless, I went back to my bench, finished feeding my baby, packed up our stuff and left.

Once we were safe inside the car, I cried. I cried and cried while my baby slept all fat and happy in the backseat.

I didn’t cry because of what the man said. I cried because my performance was just that—an act, a show, a big, fat lie. I didn’t have breast cancer. I don’t HAVE to feed my baby formula. I choose to feed him formula because I just don’t want to breastfeed. But something in me didn’t feel that was a good enough reason. I didn’t have the balls to tell the man the truth (not like it was any of his business) so I chose to make up a seemingly credible story instead.

And that’s how it goes. Those of us who choose to use the F word feel we need to have a valid reason in society’s eyes. We need to have a low milk supply, or an illness that won’t allow us to breastfeed. It’s not enough to simply say, “I choose to formula feed because I don’t want to breastfeed,” for fear we’ll be judged for our choice.

I wish now I’d had the balls to stare back at the ignorant, old arsehole dead in the eyes. I wish I’d had the courage to stand up for myself and tell him the truth. Because by making up a lie about how I couldn’t breastfeed, I was reinforcing the societal stamp that says any woman who can nurse, should want to nurse. And that’s not how I truly feel in my heart.

And so…because I didn’t have the balls to stand up for myself then, I’ll do it now instead.

Hey, ignorant, old arsehole?! I use the F word and you know what? I don’t give a fuck what you have to say about it.

Lisa lives in PEI, Canada with her husband and two boys. She blogs regularly at Momologues-Soliloquies on poop, barf and postpartum depression. When she’s not blogging or mothering, she teaches music at a local public school. She’s also part of a group of women lobbying government for better resources for women with PPD in her province. Follow her on twitter at @elsiekarmadi.
breastfeedingformula
0
Author Wannabee BLUNT 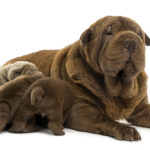 My Breastfeeding Days Didn’t Look Like Yours, Alyssa Milano! 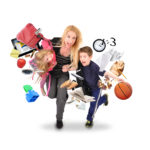