It was 1:15AM on a brisk October morning that I found myself in a place I never thought I’d be; sitting on a cold, unfriendly concrete slab surrounded by chipping white paint and an aluminum toilet which movies don’t quite do justice. Outside the cell in which I was placed, I could hear officers on the phone, talking with my pleading step-father, presumably about when I could be released. I didn’t know what was happening. I didn’t know what to expect. So I waited.

Hours passed, during that time I had my mugshot taken, fingerprints recorded, and blood drawn, revealing a. 015 BAC.

When I saw the loving face of my step-dad as an aggressive officer showed me out, I thought I’d been through the worst of it; proving once again as someone who’d never faced legal trouble, that I was clueless.

I never identified with being an addict. I never drank heavily, or in excess, or alone, nor in any capacity that you’re taught in D.A.R.E. are indicative of alcoholic behavior. Just like the rest of you, I had a rough week. We all know there’s no excuse to get drunk and get behind the wheel of a car. But, there are reasons people do it.

Earlier that week in mid-October, I was laid-off from my job. A fact that in itself didn’t scare me – it happens in this unpredictable economy in which we live. But coupled with that, I was in a contentious separation with my then husband.  At the time, I’d worked hard to convince him that couple’s therapy might save our marriage, or was at least worth a try for the sake of our three-year old son. After some convincing, he agreed to go. It was that very same week that I learned not only was he no longer interested in pursuing therapy with me, but had met another woman.

It wasn’t just the pain of realizing reconciliation was no longer possible. Social media bit me hard and deep when he posted pictures of them together, kissing, etc., before I’d even had the opportunity to tell my family that we’d been having problems. I received phone call after phone call from family members, expressing utter confusion, and concern.  I was at a loss. The answers to their questions were the same answers that I wanted from my ex.

People drink when they have a hard day at work, or they’re stressed about a college project, or maybe they’re just having a good old Italian-fashioned pasta night, as we often did in my house. But I drank in excess for the first time in my life, feeling no recourse to what I’d just discovered as being the end of my life as I knew it, and figuring out how to explain that to my beyond-shocked family.

So, after years of heading up the Honor’s programs, and receiving distinguished honor’s credits from Pennsylvania State University, I was put into the legal system, as a criminal. My first court date came and went, and I was placed on the ARD program. I completed my Alcohol Safe Driving School without a hitch, and my CRN assessment which, I was told, required further assessment. For those of you who aren’t familiar with this part of the process, I spoke with a therapist for two hours, pouring my heart out, explaining to her what happened that night.  By the end, there was no mention of my alcohol usage, but rather a need that she saw in me — a need to gain better coping techniques with single motherhood. I agreed; who doesn’t need a little help during and just after a divorce? I was sentenced to Intensive Outpatient Therapy, which required three two-hour sessions per week for a minimum of four-to-six months. I explained how lucky I was, and am, for the incredible support group I have: my parents, step-dad, brothers, my son, single friends, friends with children, and personal yoga and meditative strategies. Regardless, I attended these classes without truancy or tardiness and sat next to people whose crimes greatly differed from my own.

On my first meeting, I met a 32-year-old grandmother, who’d been in and out of jail for heroin usage since age 13. Another was just released from prison for sexually abusing her young son. Another stole opioid prescriptions from pharmacies. They sat in a circle and clapped for one another as they expressed what they had done, and while I felt grateful for them for attaining the help they needed, I could not find my place there. Frankly, I was disgusted to be placed in such a group.

Every time I left group therapy, I wept for the child victim of sex abuse, I wept for the children whose mother bragged about beating them with a belt, and pathetically, I wept for myself for struggling to understand why, and for how long, I would be forced to remain as these peoples’ “peer”. As I expressed my concerns to my lawyer, he was in awe that I was placed into such a situation, given my crime. I felt unjustly punished for being a single mother. There was no leniency, no understanding of my personal situation, and no acknowledgement of the possibility that I may not be an addict. Rather, a one-time mistake such as mine is equally horrendous, and will be met with the same severity as a second, third, or fourth DUI for heroin, as I’ve learned in my many group sessions.

What keeps me going is the strength of knowing that only one day can pass at a time, and the day will come that I will graduate, and I will be able to use the Listerine without the “Contains no alcohol” disclaimer on it. No one is safe, no one gets off easy, and no one has the time, energy, money, or strength to make the emotional pain of getting a DUI easier. Unless you’re Lindsay Lohan, this is where you’ll be, and there is nothing fair about it. If you sometimes drink until you pass out when you’re sad, it doesn’t mean you’re any less of a person, and certainly not an addict. Everyone needs an escape sometimes, but being smart about it is what counts.

About the author: I am a divorcing mom of a 3-year-old son navigating my newly perceived world, and pursuing my career as a writer, editor, and blogger.

This writer has chosen to publish anonymously. 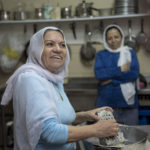 The Middle Eastern Women Who Schooled Me on Feminism 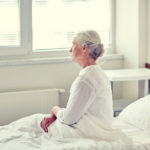