My son was in first grade when he demanded I stop touching him at school pickup and drop-off. A public hug, it seems, was affecting his street cred. I guess he had to choose between the mother who loved and cared for him for the last six years—and a bunch of playground thugs who still ate things from their noses. I lost.

Over the years, his resistance leaked into our behind-closed-doors life as well. And now I am being actively shunned by a 17-year-old who has forgotten I was the one who bandaged his gravel-indented, bloody-raw boo boos. Ingrate.

I’m not giving up, though. This kid thinks he’s gonna begrudge me a little maternal lovin’, but he has underestimated one tenacious mom-soldier. And if you are similarly dodged by your pre- or post-pubescent son, here are a few tactics that might work for you:

And, now, the pièce de résistance, which was invented by the mother of a similarly withholding teen son. It is a genius stunt, the kind only a formidable and Mensa-level mom could craft. (This mom is definitely out of my league.)

Her stratagem: She accompanies her son to church on Sunday and patiently waits for her opportunity. At the mention of the Sign of Peace, that handshake is expertly grappled into a highly-conspicuous hug. He’s never found a way to resist in front of God, so he just takes it and even limply returns her pathetically sincere and suffocating embrace. What else can he do?  He certainly can’t brazenly disregard the “honor thy mother” rule. Drawbacks: Must be willing to use the House of the Lord to further your mothering agenda. Plus, probably a sin. Satisfaction rating: an anticipated 5 out of 5

I’ve had nearly two decades to hone my craft—and I am ashamed that I didn’t capitalize on those three months we went to mass. I have to admit that my overall success rate is abysmal. My son is wily, resourceful, and repulsed by me—which makes him a worthy and invested adversary.

But I am a pugilist when necessary, and I am a one of those women who will do unacceptable, questionable, and even morally bankrupt things to get my way. My demands are simple, really. To paraphrase and twist the words of a great 20th century philosopher, Julia Roberts, in the 1999 classic Notting Hill: “I’m just a mom, standing in front of a son, asking him to love her.”

An earlier version appeared in Grown and Flown 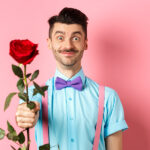 Valentine’s Day? You Are Excused 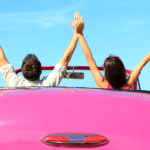 Happy Valentine to the Man I Take for Granted