“They” say that we are what we eat. If that timeless adage holds any merit whatsoever, then like Cinderella’s coach I’m about to turn into a pumpkin.

My crockpot has returned from a long summer vacation in the cupboard and taken up a happier residence on the kitchen countertop, where it anxiously awaits the daily preparations of cold-weather feasts like beef roasts, pork roasts, beef stews, stuffed-pepper soup, chili, and butternut squash bisque.

I have a hypothesis about why we instinctively crave certain foods with such ferocity during this time of year. The weather changes from balmy to frigid and as the warm sunshine wanes in favour of long, bitter nights, seasonal depression will begin to affect hundreds of thousands of people.

Foods that are high in vitamin B6, like baked sweet potatoes or sweet potato pie, actually improve our moods because Vitamin B6 is known to aid the process of the production of serotonin—that brain chemical that regulates our moods and makes us feel better all over.

Pumpkin is a source of folate and niacin, vitamins which are also important for serotonin production. Nutritional deficiencies in either vitamin can have a depressing effect on your mental state, one that is further compounded by graying skies, cold winds, and forests full of naked and dying trees. That’s why a trip to the local Starbucks is a quick and easy mood booster whenever you’re feeling a little down in the dumps. Their Pumpkin Spice Lattes are now being made with real pumpkin so you can hit the drive-thru with smug confidence—you’re purchasing a mental health food!

That hot apple and cinnamon oatmeal you enjoy every morning is a fantastic source of niacin, Vitamin B6, and folate: a triple-whammy that will fill your belly and sweeten your disposition, making it the perfect start to any day no matter what’s going on outside your door. And that turkey you love at Thanksgiving is loaded with tryptophan, an amino acid that—you guessed it—also helps your body to produce serotonin.

Clearly, the seasonal lust for fall foods is entirely in your head, and with very good reason. Aside from the nutritional value of these edibles, however, they all have one other crucial element going for them: that shit tastes good.

These fall delectables lead us into temptation and grotesque overindulgence, but that’s a trend for which I have another solid hypothesis. In prehistoric times, a little extra heft was a desirable trait because it meant that a woman was solidly-built and strong enough to survive a tough winter when periods of famine were commonplace.

Eating an entire crockpot of stew in one sitting is nothing more than a vital evolutionary tool that will keep you from freezing to death in the wintertime. It’s true, we spend most of our time in climate-controlled environments, but what if you suddenly find yourself stranded in the middle of nowhere during a snowstorm?

Don’t fight what nature is telling you to do. Eat the pumpkin log. Eat the whole damn thing. It might just save your life.

Gorge yourself on heavy fall foods with reckless abandon and don’t worry about packing on the pounds! After all, bulky winter clothing was specifically designed with pumpkin pies in mind. When the seasons change from cold to colder, they cover our newly-acquired layers of blubber in style. No one will have the slightest clue that you’ve gained ten pounds of fat from eating five pounds of sweet potato casserole, and even if they do, you’ll be too fucking blissed-out to care.

Our bodies crave what they know they need. And right now, mine is telling me that it needs a dozen pumpkin muffins with a tall mug of steaming hot apple cider and a pair of elastic-waist stretch corduroys. 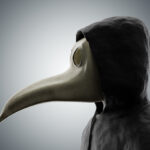 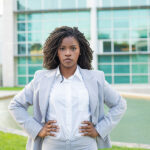