My grandmother’s sister died at the age of 10 from diphtheria. The loss devastated her. So when my mother, her fourth child started showing signs of the strangling angel —as diphtheria was then known—she panicked. Though the vaccine had been invented, it wasn’t yet widespread in France. Luckily, the family doctor was able to come immediately and gave my mother an injection in her stomach, saving her from a disease that once caused 20% of children under 5 to die from it. In the 1930s and it was the third leading cause of death in children in England and Wales.

We forget. At the end of the 19th century, life expectancy at birth was 47 years of age and 30% of all recorded deaths were children under five. Infectious diseases were rampant. In 1999, it was 1.4% and life expectancy was just over 76 years of age.  Historians have tried to piece together children’s life expectancy throughout history and have worked out one in four babies died before reaching their first birthday and half of all kids died before the age of 15. It’s no wonder so many countries had cultures of waiting on naming their babies.

Our ability to downsize our families isn’t just thanks to the advent of birth control but to the fact that we can be relatively certain our children will survive into adulthood. Today the leading cause of deaths for kids under four are accidents, congenital and chromosomal issues, and homicide. When you look at kids up until 18, the leading cause of death is cancer but kids make up less than 1% of all cancer cases in the United States. The odds, in short, are about 1 in 330.

Though some of us know that drug-resistant bacteria are just around the corner — a thought I myself am very good at burying so I can get some sleep at night—for the most part, most of us expect to live a long life and we certainly don’t expect to bury our children.

Enter the novel coronavirus: unsurprisingly, many of us are losing our shit because we feel out of control.  The last time we faced this kind of health hysteria was when people started dying from AIDS and no one knew why or how. For a time, people weren’t too worried because they thought it was “just” gay men. And we saw this too with “just” old and immunocompromised. And then other people started getting sick. In both cases, precious time was lost and many will have suffered and died unnecessarily.

Just as our memory is short, our ability to apply reason and logic is abysmally poor. We are scared of plane crashes but don’t think twice about hopping in a car. The numbers tell us we are daft beyond belief: the annual risk for dying in a plane is 1 in 11 million while in a car is 1 in 5,000.

So when we look at the novel coronavirus, even though we know the odds of our child succumbing to it are incredibly small, that risk still feels huge. Seven months ago, this disease didn’t even exist as far as we were aware. AIDS was a slow killer. Here, the images of exhausted healthcare workers crying from the devastation of watching patient after patient die while refrigeration trucks idle outside morgues and hospitals to cope with the overflow of corpses are etched into our memories.

Though the loss of any child is tragic, I can’t help but feel that losing one of eight is ever slightly less than losing your only child. The risk is small, but the ‘what if’ hangs around like the smell of mould in an old damp house. What if I lose my child and her sister loses her best friend? What if that innocent trip to ice cream parlour robs us of the graduation, marriage, first job, first promotion, first recital, first lost tooth? There are a million moments, like my daughter’s guilty pleasure of eating her waffles with her fingers licking off the sticky syrup from her little fingertips in gleeful defiance of my table rules, that I panic at the thought of losing.

So when governments asked us to stay inside, most of us were happy to oblige. We stocked up on goods, ordered a plethora of puzzles from Amazon, and downloaded zoom to all our devices. Instagram looked like a reel from a baking company’s marketing department.  As if the coronavirus were a passing storm we could weather away from the safety of our homes, we sheltered in place, counting our blessings that we could stay safe in our homes.

But as the days turned into weeks and now turn into months. The initial luxury of lounging in sweats, with a huge slice of that sourdough slathered in Nutella while the kids binge-watch their YouTuber has lost its lustre. The lifting of the screen limits to chat with friends has lost its appeal. Having lunch in PJs doesn’t feel indulgent but depressing. The isolation is taking its toll on our mental health and now I am not so sure we will manage to hold out circling in this solitary pattern until a safe and effective vaccine is released and our solo plane is safe to land.

The real question is will it ever be safe? We were lucky with this virus. It could have been considerably more virulent. With the growing global population, increased destruction of habitat, and our intensive farming practices, more viruses are going to emerge that we can’t initially control. Some countries have faired better than others, some cultures were more willing to abide by the new rules of survival but for the most part, the lacklustre performance by governments and its citizens doesn’t bode well for the future.

Humans are not solitary animals and most of us neither want nor can live in a bubble.  I fear the truth we need to accept is that the small but golden age of relatively “risk-free” living is coming to an end — and that’s scary as all hell but we must accept this uncertainty. There is a bigger conversation we need to have about what our future looks like and how we want to live it. The plagues aren’t going to end but only when we have figured out what we are willing to sacrifice and what we aren’t, can we map our path forward. 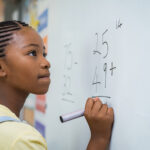 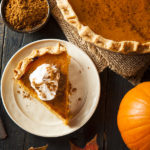 The Frenzy Over Fall Foods