“But Mooooom… she ALWAYS gets the front seat!”

Now she is mad, and he is crying inconsolably in the back seat – and we aren’t even out of the driveway.

I need some help with this “front seat privilege” issue.

The boy has recently become heavy and tall enough to technically be allowed safely in the front seat of our airbag enabled vehicles. The girl is a solid 20 pounds over the safety weight and is very tall for her age at 13. She has had front seat exclusivity for over a year.  He feels he should be able to step into his birthright and have it at least half the time.

There was peace in the land until recently, because he would never consider breaking the laws of the land when I told him the police would give me a ticket for letting somebody too light in the front seat. I hooped myself with that one.

Here is the groaning conundrum: She is older, well behaved, a straight A student, helpful and generally owns her position as queen of the house, but a good Queen, more like Elizabeth, not like Maleficent. The boy is, um . . . harder to raise. He argues about every . . . single . . . fucking . . . thing. With me, with his Dad, and particularly with his sister.  He fights getting out of bed in the morning for school, and it seems like a continuation of the hairy fit he threw when he had to go to bed the night before. Every night, every morning.

This is the kid who loses a full wheelbarrow of privileges at least once a week. There are days when he is lucky he gets to eat with the family and not out in the dog house. When it comes to the car, it would gall his sister, and frankly, me, to relegate him to anything but the trunk on some days.

I have been letting him have the front seat when she isn’t in the car with us. Maybe that established the wrong precedent by giving him a taste of the throne of power. Either way, we seem to be locked in this endless debate and I am tempted to let her drive so I can curl up in a fetal ball in the back seat and we can just ride in silence. Three years . . . in three short years we will hand her a set of keys and wave bye-bye as she takes her brother to soccer. Totally worth it.

In the meantime, does she have older child privilege? Sweet temperament first choice? Does he have rights, or do I just put them both in the back seat and turn up the tunes?

Did you have this issue? Help a girl out, what did you do? 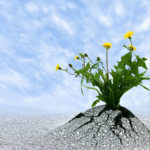 It Always Gets Better 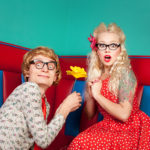 Stop Looking and You’ll Find It