After sitting in a middle school parking lot at dismissal time every day for a week, I’m convinced that novels like The Hunger Games and Harry Potter are complete works of fiction. Call me a cynic, but not one of these hundreds of teenagers sprinting and screaming to get on the school bus would last a day against President Snow or Lord Voldemort. Why are they running? No one is chasing them! What are they screaming about? Every. Single. Day.

My son doesn’t stop making noise until he’s sound asleep. Don’t get me wrong: I’m sooooo grateful that he talks to me, tells me about his day, etc. That’s not the talking that I’m talking about.

It’s the Constant. Stream. Of. Noise. Like he’s the play-by-play commentator for his own life. And when I mention it to him, he just gets louder. The words don’t matter—he makes up songs to narrate every single thing: “I’m walking down the hall cuz I gotta take a shower, but I’ll check my YouTube channel first, which will prolly take an hour…”

I’m a teacher by trade, and I’ll be neck deep in grading student papers and in comes my son with something super not important to tell me. He starts talking before he enters the room—and my thoughts immediately exit.

First, I tried the fake fruit trick. On my dining table, where I do my work, sits a basket of fake fruit. When my son wants to tell me something, he supposed to take out the apple and set it next to my laptop. It’s a signal (probably stemming back to the Garden of Eden when Eve wanted to get Adam’s attention), and the next time my brain takes a moment to breathe, I ask my son what he wanted to tell me.

Yeah. That worked for about ten minutes. Now, my son forgets the fruit until I remind him, which requires words, which means I’ve totally lost my train of thought and have to start from square one.

When I remind him (kindly, I promise) that Mom’s brain doesn’t work like his and that I need white space to think and that every word he utters fights a Clash Royale battle with the words inside me, his feelings get hurt. He clams up, shuts down, and claims that I don’t care about what he has to say.

I know, this is emotional manipulation—which I pause to teach him about, which, of course, drives my original thoughts even farther from my reach. Getting work done at home has become a problem.

One, I need to get work done. Two, I don’t want to hurt my kids’ feelings. Three, I can only hide out in the bathroom for so long, which is where I sit to write this article asking for help.

Marissa Glover teaches writing at Saint Leo University, hosts Friday Night Open Mic, and shares her thoughts more than necessary, which she considers a form of charitable giving. If it counted as a tax deduction, she’d be rich. Her work has appeared various places including Gyroscope Review and The Opiate and on her parents’ refrigerator. Discover more on her website. 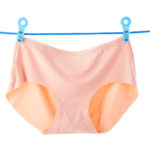 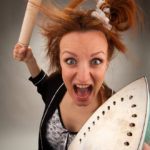 How to (Maybe) Get a Gift You’ll Love