If you give a Mom a coffee, she is going to want a snack to go with it.

She will check in the fridge for yogurt and notice that the orange juice has made a sticky ring on the shelf.

She will get the cloth from the sink to wipe it down and realize that the egg pan from breakfast is still dirty.

She will start up the tap to soak that pan and decide she needs a glass of water.

In getting the glass, she will knock another one down to the ground shattering it.

She will get the vacuum to clean up the mess and realize she has stepped in glass and has left a little trail of blood droplets from the kitchen.

Not wanting to go to the kitchen to get the paper towel for fear of broken glass, she will go to the bathroom to get some tissues instead.

While there she will notice the silence and sit down.

During the silence she will remember the picture she had promised to send her aunt.

She washes her hands, then she sits at the computer looking for the picture and decides to put some of the kid selfies in a folder to get them out of the way.

While trying to figure that out, she gets an email. It is a friend who has been stuck in Nicaragua and needs money. She will curse at the spam (or send money, depending on the person).

While attempting to delete the Nicaragua email, she will notice 356 unread emails and decide it is time to clean out her inbox.

After deleting the advertisements and emails from her mother, she will remember there was that coupon for laser hair removal she hadn’t booked yet.

As she tries to remember the name of the spa to book an appointment, she goes through her contacts and sees the name of her friend who moved out-of-town.

She starts drafting her friend an email when she realizes that this is going to take longer than expected and maybe she should call instead.

In getting to the kitchen to find the phone she remembers the shattered remnants on the floor and the running sink now overflowing.

She turns off the sink and makes a lame attempt to wipe off the counters and the dripping stuff on the cupboards while avoiding the glass.

While getting another roll of paper towel from the hall closet and tripping over the vacuum, which is now rendered useless because the shards of glass are wet, she notices the TV just staring at her.

She hasn’t seen Big Bang Theory lately. Is it still recording? Has she had lunch?

She goes through the PVR and finds several shows that should be deleted and several that require a quick scan before deleting. She doesn’t find Big Bang, but decides to watch the Bachelor. Before she watches, she is going to need a coffee.

Then she notices the time is 2:45 and she has to pick up the kids from school.

The coffee is cold, the fridge is open and the shelves are sticky. The pan is still not done, the vacuum lies unused in the hall and there is a death trap on the kitchen floor. She is bleeding and thirsty, the friend is not called and the aunt still doesn’t have that photo. Big Bang isn’t taped, her legs remain ungroomed, the photos, emails and TV shows are not filed and the paper towel roll is now empty.

But, nobody disturbed her while she was in the washroom. That’s something. Maybe her glass is half full after all.

*this may or may not be a true reflection of the ineptitude and clumsiness of the author. 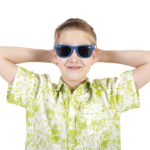 My Son is a Polar Bear 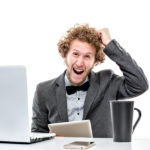