I suppose I could Google it, but I guarantee the idea of cloning was created by a Mom. “The person who at least 75 times a day wishes there was more time. Time for yourself. Time to feel less guilty about wanting more time. Time to fight the good fight.

I had a kid and immediately, without even knowing it, strapped on the weaponry to fight the good fight. The battle is simple and ugly and sits in the corner of my heart whether or not I choose to acknowledge it: I love her but I also loved my life before her.

The emotional fallout I think of as two buckets. (From the Martha Stewart collection, with a small pretty rosebud pattern in that shade of pink that watercolorists like.)

The first bucket: the one you fill every time you regret the day that passed and the movie you didn’t watch, the book you didn’t pick up from its spine flattened perch, the recipe you didn’t march neatly into a pot and inhale, the sleep you gave away, slipping out the window and hiding in someone else’s bed, those son of a fucking bitches who are still asleep with their lucky mouths half-open. The bucket that overflows when the “light of your life” rears back and wallops you in the ass when you’re making her dinner. It’s envy and greed and panic and wrath and slimy excuses and it’s full. Mine is always full.

This second bucket gets easily and unconsciously refilled with love, and the ensuing chest pain from the love you have for each exhale of a creature you created.

Therein lies the battle. You can love someone so much its dangerous and also loathe them for taking away the life you once had.

Moms have to sacrifice. I’m shitty at sacrificing. Moms have to put other’s needs before their own. And act like they like it. Do you know how easy the jump from that to Martyrville is? I do. I live there. And all my neighbors are about as happy as I am. Every day I have to make sure I stick out my thumb and hitch-hike the fuck away from there. It’s a jagged death. But I’m pretending I’m happy about it.

If you can get past the slow and low guilt, the 360 degrees spin-off of a new life and gracefully kick that first greasy bucket down the stairs and out of your sight, there is your beautifully carved ornate key to the kingdom of Better Than Me.

Don’t judge me. Feel sorry for me. Feel better than me. If you don’t feel the way I do, then I am envious of you. Oh, the fucking bucket is now just SLOSHING EVERYWHERE.

Why did I have a kid if I am such a greedy pig for free time? Let me tell you – the good intentions and dreams and hopes I had when I was pregnant were large, they covered me through the pregnancy like a beautiful umbrella; kept me sane when I was one giant hive, sitting and sobbing in a cold salted bathtub. They were tethered to me like a big bouncy bouquet of red balloons even when I vomited up a whole BC roll into the sink. So, what happened? Was that my placenta keeping the good times rolling? Did the good vibrations get shat out with Stella’s arrival? IS THIS WHY THEY SAY EAT YOUR PLACENTA?

I’m three years in. This life and all its new aches and angles and rich rewards should just be what I wake up to and don’t think for a second about. Why can’t I stop looking back? Aren’t there like 1700 ecards and Pinterest quotes about how dangerous that is?

The good fight, at its essence, is a tug of war. I’ve always sucked at tug of wars. Pee-Wee Herman and I have the same upper body strength. I crumble, I fall apart, and I look out rain-spattered windows like off-brand karaoke videos. Pre-motherhood, I used to wait and see if someone else wanted to come and problem-solve for me. Now, there is no such luxury.

I have to plant my feet, check over each shoulder, roll my neck and fucking pull until my eyes bulge out of my face. I want to win this fight. I want to accept that despite what it looked like, the taste in my mouth, and the frustration spiked along my hairline, that every day of my life is better because she is in it.

Fight the good fight for the only person who loves me truer than my own Mama. This girl owns my heart and she needs to know that tucked in her sweet arms is exactly where it belongs. 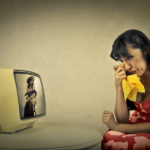 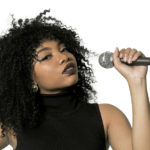