The year 2002 was Grandma’s last Thanksgiving with us. To be clear, she lived for another decade after that, but 2002 marked the year she renounced the holiday and refused to join us for the day’s festivities. While we were sad that this was so, the events of that day made her decision understandable.

The night before Thanksgiving, my dad would drive to Queens to pick up Grandma and bring her back to our house so she could help cook. While having her around during the day was indeed helpful, we dreaded having her sleep over on the den couch, since she turned in around 8pm, and it meant the television was off-limits. My brothers and I would inevitably wind up in the basement, staring at the wall, counting the hours until it was acceptable to go to bed.

That year, my roommate Kim came home with me for Thanksgiving; her plane ticket home to California would have cost more than a month’s rent in New York City. So she reluctantly agreed to forsake her family tradition of eating turkey burritos on the beach to trudge out to Long Island with me.

My brother Andrew, a college freshman, picked us up from the train station. He immediately announced that our other brother Jeremy would not be coming home for Thanksgiving this year since he was “very busy” (which I interpreted as “very hung over”).

My Aunt Clara, Uncle George, and their daughter Annette showed up first, with a beautiful blue water pitcher as a hostess gift for my mom. Clara and my mother had an odd rivalry when it came to meals; they both felt the need to perfect each other’s food. If my mom stirred the mashed potatoes and put them on the table, Aunt Clara would come along and give it one more stir. If Clara brought out the gravy boat, my mom would taste it and add more salt. Once, after each woman had fiddled with the sweet potato pie, Uncle George added more marshmallows to the top. Both women refused to speak to him for the rest of dinner.

My cousin Louise showed up next, with Aunt Rita in tow. Aunt Rita almost never came to family functions; I think she felt she was too bohemian for my straight-laced clan.   Aunt Rita was currently engaged in an affair with a married man named Reginald, and at age 70 no longer felt the need to hide the details from her children, extended relatives, or strangers at the supermarket.   The floor manager at Walgreens was bewildered to hear about her conquests, but happy that she was so satisfied sexually.

My dad sat near the front door and observed the guests’ arrivals. He was especially cautious since three years earlier, when he’d helped an older relative up the front steps, hung her coat up, and brought her hostess gift into the kitchen. It wasn’t until an hour and three courses later that we realized she was looking for the Morgenstern’s house next door.

Mom asked me to keep an eye on the turkey and make sure it was taken out of the oven by 4 pm. Kim and I sat in the kitchen companionably, peeling potatoes while my grandma sautéed onions on the stove. The heat was getting to her; she kept lifting the back of her shirt and leaning toward the open window. Andrew bounded in. “Hi, Grandma!”

“Andrew, would you do me a favor?

“Sure, Grandma, what do you need?”

“It’s very hot in here. Could you unhook my bra and slide it off my shoulders?”

Kim and I froze mid-peel. Immediately our eyes darted to Andrew. The look on his face confirmed that we had, in fact, heard correctly. With shaking hands, Andrew did what he was asked to, while our grandma gave him instructions.

“There are two hooks; make sure you get both of them…”

While Kim and I stared intently at our potatoes, Aunt Clara came in, looking around to see if my mom was watching. When the coast was clear, she grabbed the turkey baster, opened the oven, and added several squirts of drippings to the turkey.

My very pregnant cousin Annette was nervous about the food being served. “Am I allowed to eat turkey? I don’t think pregnant women can eat turkey.”

“I’m pretty sure you can eat turkey,” I replied. “I think it’s cold cuts you need to stay away from.”

“You can eat cold cuts as long as you heat them to a certain temperature,” Aunt Clara added, while rearranging the vegetable platter.

We all decided that, to play it safe, we would let the turkey stay in the oven a little longer than necessary to make sure the listeria had been killed off.

Gradually people began to sit around the table. My mom filled her new pitcher with ice water and set it out. The second she left the room, Aunt Clara added more ice. I found Andrew in the basement staring at the wall. I patted his shoulder in sympathy and told him dinner was ready.   He said he’d be upstairs once he finished his bottle of Jim Beam.

Annette was trying to pick the feta cheese out of her salad. “Unpasteurized cheese is very dangerous for unborn children.” She looked at my mom for confirmation.

Mom squeezed more liquid onto the turkey. “I ate feta cheese for all three pregnancies, and my kids turned out fine.” Just then, Andrew stumbled up the stairs clutching a tumbler and let out an enormous belch.

While Kim chatted with Louise, I made small talk with Aunt Rita.

“Oh, you know, he’s spending Thanksgiving with his wife and her family up in Poughkeepsie. But he’ll spend the whole month of December in Florida with me.”

Aunt Rita threw her head back and laughed. “Oh honey, it was her idea!”

Before she could launch into tales of senior swingers clubs in the Boca Raton area, my mom jumped up from the table. “Something’s burning!

Sure enough, clouds of smoke were billowing from the oven. The turkey! In my attempt to save Annette’s fetus from salmonella, I had forgotten to take it out. We all sat around the table staring at the oven, waiting for someone to take charge. That someone was Grandma. After waving a dishrag through the smoke, she yanked out the turkey, teeming with a ridiculous amount of juice.   The tray was too heavy for her, and the turkey pitched forward onto the floor. While she made a wobbly grab at the turkey squirting over her feet, the tray of grease spilled into the oven, catching fire. My grandma clutched at her chest where hot grease had spurted.

“Mother!” Uncle George and Aunt Clara leapt to her side. Clara grabbed a water glass from the table to splash on her, but unfortunately it was Andrew’s glass, and contained not water but bourbon.

Now Grandma, George, Clara, AND Andrew were all screaming. Aunt Rita cackled in the background. I grabbed my mom’s new water pitcher and poured it over my ailing grandma. At that moment, we all wished she hadn’t chosen a white shirt to wear that day. There was a long pause before someone asked,

I looked for Andrew, but he had grabbed the bottle of bourbon and hightailed it back to the basement.

After a rudimentary inspection, it was determined that Grandma’s nipples were lightly singed but not burned, and no further remedy was needed. My father knelt on the floor and began to carve the turkey right then and there, and the rest of us (even Annette) cracked open a bottle of wine to watch, transfixed.

Aunt Rita slurped her wine. “I wish Reginald was here to see this!”

“Who’s Reginald?” Kim asked innocently. Louise rolled her eyes and threw a napkin over her head.

“Reginald is the man I am currently having the best sex of my life with.” 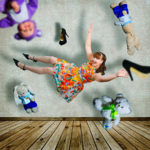 My Marriage Survived Motherhood (Sort Of) 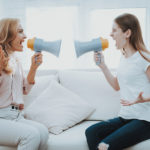