It is 6am, my husband is sleeping next to me and the text on my phone is *not* from him.

It’s the ex. THE ex. The one that almost was. It has been ten years since that fateful evening when I said, “No, it’s too late. I’ve moved on.” Ten years since I walked away from ten years in that off again, on again, love, hate. The irony is not lost on me.

In those ten years I’ve settled down. Moved in together. Gotten married. Had kids. Moved far, far away.

In those ten years, he hasn’t. He’s stayed single, made lots of money, has jetted around and seen things I can only dream of seeing. He hasn’t changed at all.

Ten years of Facebook posts and photos, beaming new parents, cliff-diving, first steps, safaris. Our lives couldn’t be farther apart. Thanks to social media, they also couldn’t be closer together.

At six am I don’t have an easy answer to the great anniversary mystery. My mind sluggishly kicks into gear, racing through memories of our past. The early days of flirting, the night we kissed, break-ups and make-ups. With time and distance, the ache of the bad memories has faded away leaving behind only the shimmery haze of the bliss-filled moments.

As I pour cereal, struggle to wrangle kids into school uniforms, coats and shoes, I can’t help but think of how different are the roads we’ve taken. Blond curls, hot baby breath, sloppy, slippery, milky goodbye kisses. Liquid assets, long vacations, first dates and stolen kisses under the cover of the disco lights. The miles that stand between us are more than literal. They are lifetimes.

Happy anniversary brings the possibility of bridging the gap. The chance to see what life could have been. To turn away from the challenges of toddlerhood, walk away from the tense times between sleep-deprived husbands and wives. A chance to be free.

As I drive into work, toddler singing happily to herself in the back seat, I spin out the fairy tale in my mind. Two long-lost lovers reunited. No burdens and no chains, no worries about bills or bedtimes. Just a glorious reawakening of senses lost in the intervening motherhood years.

But then I think of the costs. No more kiddy cuddles. No more butterfly kisses on tear-stained cheeks. The loss of the person who knows me – the me I am today – better than anyone else. Separation from all that I love and hold dear. 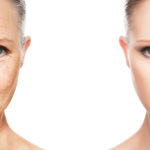 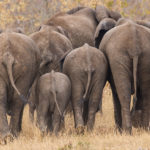