My initial instinct would be to love Halloween.  Really, what is not to love about a holiday involving cartons of bite-sized chocolates?  The one time a year that people will readily admit to sitting down with not just one little square of chocolate “for health reasons,” but an entire box of fun-sized antioxidants?  You will admit to this, right?  Don’t make me check your couch cushions for wrapper evidence.  It’s one of the few times that my kids actually have food that I would willingly want to steal.  Food I didn’t have to pay for.

This all sounds good, right?  How could I possibly hate Halloween?  Don’t worry.  I am fully aware that it’s not Halloween.

Even as a child I didn’t like Halloween.  Sure I dressed up and trick-or-treated until I was *cough* 15, but I didn’t like it.  Some kids started planning next year’s costumes in November; gathering supplies, distracting their mom from sewing more velour sweatsuits, and getting their costume just right.

I started thinking about it sometime around 12 hours before October 31st.  Actually, that’s not true.  I did have vague and fleeting thoughts about the whole ordeal in the months leading up to the big day. But then I would either have a fantastic idea and forget to actually implement it, or most often, decide it was too hard, and I don’t like thinking about hard things (shut up).  I would snap out of my denial sometime around bedtime the night before, and launch a full-scale session of wailing and panicking.  This often resulted in poor costume choices.  It’s a bit like the desperation that sets in at closing time at the bar – you pretty much grab the closest semi-acceptable thing to you and decide that you are stuck with it for the next few hours.

Or so I’ve heard.

This annual desperate situation has resulted in some questionable costume choices. Oh like, dressing as a baby (on more than one occasion) in a flannel onesie with an alarming looking pacifier that is bigger than both my breasts put together hanging around my neck.  I can’t remember what a lot of my costumes were, but I’m thinking that they wouldn’t have been out of place on Charlie Brown.

I still can’t come up with anything decent – last year I dressed up as MYSELF.  Who does that?  I went as Nerdgirlmom.  And a week after the costume party is when it occurred to me that I could have used mostly the same costume but made it funny by being Amy Farrah Fowler.  A day late and a dollar short.

So we’ve determined that I hate dressing up, and have no imagination.  I also hate cobwebs, spiders, bats, scary monsters and those horrible toffee candies in the orange, black and white wrappers.  I hate handing out candy at my door and having all the parents see how messy my house is.  Most of all I hate the 10 pounds I will gain.

But my children love it when I dress up in a costume and take them trick-or-treating, and since I love them I will suck it up.  And I will make sure that we stop to see the neighbour who hands out spiked hot chocolate to the parents because you certainly can’t hate that! 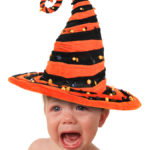 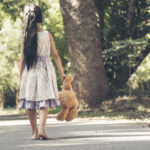 All I Never Knowed: Mental Illness, a Mother’s Love, and a Broken System