Over the years, I have tried many different diets, and exercise regimes… whatever I thought might make me thin or healthy (or both). One of the most memorable was the time I tried a 10-day cleanse–not only because I couldn’t have a glass of wine for 10 days, but because it resulted in mind-blowing embarrassment.

To give you a little context, a cleanse requires eating clean, or not eating anything you can’t pronounce, taking a variety of supplements that expel the toxins in your body, and probiotics to restore what has been flushed out.

It’s as awesome as it sounds.

Day 1 started with a fruity fiber drink. It was citrus-flavored, so it should have been as delicious as morning orange juice, right? Nope. It was a sludgy, gritty mélange that I had a hard time choking down. It got stuck at the back of my throat, dribbling slowly into my esophagus, and I could taste every intestine-scraping piece of fiber.

The sad liquids continued with a green smoothie, packed with kale, spinach and tons of bananas to make it taste less like crap. Somehow, I managed to tough through it all because it was only day 1 and I couldn’t give up.

I really wanted to. I wanted to quit and eat my body weight in fondue. Mmmm… cheese.

Days 2 and 3 were similar, and I have to admit, the dietary restrictions were starting to get to me. I stared longingly at my husband’s wine and found myself kissing him at length after he took a few sips. I salivated over simple carbohydrates, sniffing loaves of bread trying to get a contact gluten high.

Rolling into day 4, I found some of the cravings starting to subside, but a new host of concerns started… bubbling up. Literally.

It happened at work. I felt a subtle flutter in my stomach, like a baby’s first tentative kicks. The flutter turned into a rolling boil, but I was determined to ignore it.

Sadly, things started to move southward, and try as I might, I could not reverse its progress. That would have been like asking Niagara Falls to run back to its source.

Soon, my poop senses started to tingle. That’s a fancy way to say that I was about to blow.

But, where was I going to go? Every bathroom is communal, and I knew this was not going to be a simple dump and run. I mean, the whole point of the cleanse is to eradicate the toxins plaguing your body, and, FYI, toxins don’t smell like roses.

There was only one bathroom that might be a possibility. It was in a seldom traveled hallway, and I had used it in the past for peeing. Not pooping. Never pooping.

Thankfully, the hallway was deserted and bathroom empty. As quickly as I could wrestle my pants off my body, I threw myself onto the toilet and all hell broke loose.

I felt so much better and began to relax. Then I cursed the clean, sprouted bread I had been eating for breakfast. I could see those stupid grains that had been scrubbing my colon cleaner than a whistle floating around in the bowl.

Note to self: burn that bag of bread and write a scathing review about the pooptastic qualities of it on the web.

Then, I heard it. The door was opening, and a horde of women were walking in. There was a training session in a nearby conference room and it had let out for a bathroom break. Of course, it had to be my bathroom. I wanted to hide there until they left, but there were only two stalls and I was occupying one of them. It would have taken a half hour for them to use the toilet and go.

My world moved in slow motion. OH. MY. GOD. WHAT AM I GOING TO DO?

My cheeks began to burn and I became hyperaware of the smell in the bathroom. The women were unnaturally quiet, probably as shocked as I was.

Boldly, I decided to leave the stall. With my head held high, I made my way to the sink and joked about it being “one of those days.”

I kept my head down, ran to the sink, washed my hands as fast I could, and left without drying them. I like to believe I was a blonde blur, and they were all left thinking, “who was that?”

Humiliation washed over me as I stepped into the hallway. When I didn’t think it could get any worse, I heard it. The laughter. The women were giggling and twittering about me. Or, more exactly, the horrendous stink I had left behind.

The whole experience was even more embarrassing than having a myriad of strangers examine my girl parts after giving birth the first time. Frankly, I would rather have the examination of my vagina live streamed on YouTube than go through that again.

Nothing about the cleanse is worth that result. I could lose 10 pounds, gain mountains of energy from clean living and start to burp rainbows, but because I had one moment where I pooped a sulfurous storm, I wouldn’t do it again. I’ll just learn to accept my toxins and kill them naturally. With alcohol.

Is everyone with me? 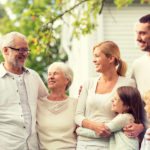 I Am the Sandwich Generation 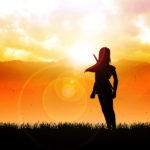