By now you’ve probably seen the astoundingly idiotic reddit post of one sad little man floating around the interwebs in spreadsheet format. You may have chuckled as you thought about the fact that sending one’s wife a spreadsheet indicating how frequently (or infrequently, as the case may be) you’re engaging in intercourse is probably the best way possible to never engage in intercourse again. You may have scoffed at the wife for not giving it up, or perhaps you identified with her husband for feeling frustrated at the sheer lack of sexytimes happening.

The problem is, folks, that his data isn’t valid. You see, it’s basic 6th grade science fair shit, and if he turned that project into MY science teacher his grade would’ve been dropped faster than his wife could file divorce papers. When conducting a study, one must gather all the data, not just the data that is important to them. In order to yield different results you have to analyze how you got the results. Unfortunately, Mr. Dick-for-Brains (as I lovingly refer to him) forgot to note how he went about enticing his wife into the bedroom.

While her unabashedly annoyed responses are funny, without the context of how he tried to “woo” her, he is lacking the most critical data of all, isn’t he?

Chances are, his attempts were futile not only because he’s entitled and thinks his wife owes him sex simply because she married him, but because he wasn’t changing his method to get a different result.

But don’t worry dude, I’ve got some advice for you to help you get laid with your next wife! Try doing the dishes, cleaning the house, washing and folding (and putting away) the laundry WITHOUT being asked. Don’t do it because you want to get laid and get annoyed if she doesn’t fall into bed with you, do it because you want to relieve her stress! If that doesn’t work, buy her flowers, give her a foot rub or ask her what you can do to make her life easier today. Don’t whine, guilt-trip or nag her into having sex with you. See a marriage counsellor if you have to. If she still doesn’t want to have sex, tell her you love her and you’ll wait until she’s ready, because wedding vows or not, her vagina still belongs to her.

Whatever you do, DON’T make a spreadsheet about it, all right? 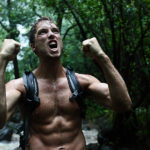 The 9 People You’ll Meet in the Woods 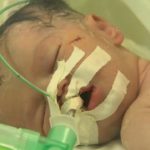