I was at a party the other night when one of the parents got a text from her seventeen-year-old son. Could he have friends over? Yes, she said. Can the friends sleep over? Sure, she said. Would she mind stopping on the way home and picking them up a case of beer?  Wait, what?

When I was a teenager I NEVER would have been brave enough, or stupid enough, to ask my parents to buy me a case of beer because the response would have been, “What the hell is wrong with you?” followed by a quick slap upside the head. Oh no, back in the good old days of the 1980’s we didn’t ask our parents for help with breaking the law, we just did it. We stole liquor from their cabinet, ran deep into the woods and drank ourselves silly. Then, fueled by alcohol and the thrill of getting away with something absolutely forbidden, we would laugh, smoke, and generally make fools of ourselves before stumbling home, sneaking upstairs and passing out in our beds.

Once in while someone’s mom would still be up watching a late night episode of Cheers only to see the front door creak open and her son stumble in, or a missing bottle of Scotch would be found carefully hidden under a pile of Madonna albums in a daughter’s bedroom.  And once in awhile bad things would happen, and everyone would shake their heads and mutter “too bad” before going back to the unspoken arrangement between teenagers and adults of “don’t ask, don’t tell.”

Apparently the rules are different in the 21st century. In this age of now over involved, helicopter-parenting, teenagers are not only telling their parents when they are drinking but they are even asking them to buy them the liquor! This new arrangement has set up a quandary for all of us parents who grew up under the old “don’t ask, don’t tell” rule.

What do we do?

Do we say, ok, yes we will buy you beer because we don’t agree with the stupid legal age of 21 anyways?

Do we allow them to drink because in a year or two year they are all going to college where there will be lots of drinking, so they might as well do it at home first because somehow this “teaches” them how to drink responsibly?

Do we say, well, if they are going to just go into the woods and get drunk and god-forbid perhaps drive home, we might as well let them drink in our basement where at least we can supervise them and keep them safe. Don’t worry we will collect all the keys and make sure no one leaves. Ok, that sounds like a half reasonable plan, so… then what, do we do we call all the other the parents first and ask their permission? Or do we just assume it’s ok for someone else’s underage child to have alcohol?

Do we set a limit: three, four beers per child? Or do we watch as someone’s child does shots of tequila, drinks him/herself into oblivion, throws up and passes out on our couch? Do we call 911? Do we sit down in the middle of the group and teach them all of the old drinking games we use to play? Or do we leave them downstairs alone to figure it out, while we go upstairs for a mature glass of Cabernet? By saying yes, do we actually think we have some sort of control over their actions? That bad things won’t happen? That kids won’t make foolish choices when drinking?

Before my friend responded to this last text, we sat and had a long conversation about all of these questions and at some point we found ourselves laughing and and shaking our heads saying, “What the hell is wrong with kids these days? Why can’t they just leave us out of it? Why can’t they just steal, sneak and lie like we did! It sure would be a lot easier, wouldn’t it?

Finally she gave her son her answer and said her goodbye to me, and I was left wondering what would I do?

About the author: Anne Sawan is a psychologist, writer and mother to five wonderfully aggravating children. Her work has been published on Brain-Child, Scary Mommy, Adoptive Families and BluntMoms. She also has several picture books on MeeGenuis and a new book book, What Can Your Grandmother Do? Is scheduled to come out this year through Clavis Publishing. You can find out more on her website. 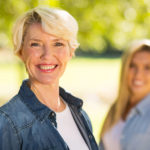 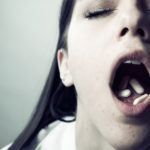 From Drug Addict to Mother, The Hard Journey