When my daughter entered high school, I was positive I would finally be welcomed to join the High School Parent Committee. This is the upper echelon of the super-elite PTA. I had spent my kid’s elementary grades sweating and laboring through years of cake pops and cookie dough fundraisers, so I was ready. Now, at the high school level, I would help raise a bazillion dollars for band instruments, or a new stadium for the football team, or whatever. I had done all the volunteering and auditioning, so I knew this would be my time. Surely, I was in.

Oh, but I was the opposite of “in” because apparently a high school PTA is a whole other game. It is a ruthless, dangerous underworld fraught with intrigue and deception. You can’t see it from the outside, but these seemingly friendly PTA members are disingenuous schemers with malicious intent to rule the high school as its evil overloads. High school PTAs are the real world version of Game of Thrones.

Most PTAs have a Queen Bee at the helm. Let’s call her Cersei. She rules from the Iron Throne and is the unquestioned sovereign of the small council, or as we usually know them, “the executive.” These people are an exclusive cadre of elected parents (more on that later) who direct all the activities of the school.

I held back and didn’t run for the small council in my first year. I decided to serve instead as a common serf to learn how the kingdom was run. As a result, I find myself tasked with the modern-day equivalent of “hamlet rat catcher.” Relegated to tasks usually reserved for the village idiot, I am trying to learn how one becomes worthy of the inner circle.

My position as an invisible nonentity at PTA events and meetings allow me to surreptitiously observe the machinations of the maneuvering sycophants. They are masters at building their networks, peddling influence like courtiers in King’s Landing. Queen Cersei is the puppet master, and only the fundraisers of her invention are lauded as genius and drizzled in gold.

The small council is ostensibly formed by democratic election. Or so it is advertised. The most crushing revelation to me: It is not actually an election. Being granted a seat on the executive board is about who has been the most enthusiastic in their pandering to the Queen. What is worse is that these special alliances have been cemented for years, dating back to the preschool era. There is no room for interlopers or ambitious rat catchers.

The same Queen I have been trying to avoid eye contact with for years, now rules the universe of high school. She doles out privilege and punishment to her subjects. Minor infractions like using blue icing on pink cupcake day is enough to warrant the ire of the Queen. Thankfully the students aren’t witnessing any public beheadings; those are all done behind the scenes. In the PTA world, punishments and shunning are as simple, brutal and final as any sword strike, just quieter. One day you just don’t get the email that tells you about the next PTA meeting. Showing up for the meeting on the wrong day, to the wrong room, feels like you’re watching your own head roll from the chopping block into the basket. 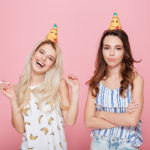 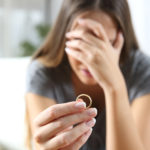