On October 23rd 2020, the Constitutional Tribunal in Poland, where I’m originally from, decided that abortions due to serious and life-threatening fetal defects were unconstitutional and should thus be banned.

My country already has one of the strictest abortion laws in Europe, allowing for it only in cases of fetal defects, when the mother’s life is in danger, and if the fetus is a result of incest or rape. At least in theory.

Because the reality is different: countless women found themselves unable to access abortions because doctors in Poland have the right to a so-called conscience clause meaning that they can refuse to perform the procedure if it goes against their religion. And now the first of these three exceptions would become illegal.

PiS, the alt-right ruling party hoped that the pandemic would prevent people from protesting. They were wrong. The Constitutional Tribunal’s decision has led to an outpour of female rage that was absolutely stunning to watch. Women, and so many men, came out wearing the red lightning bolt – the symbol of resistance against the ruling party on their posters and masks, as well as coat hangers and black umbrellas.

I attended a protest in The Hague, The Netherlands where I currently live. The atmosphere was great despite the freezing weather and the necessity of wearing a mask. My attention was quickly drawn to the sayings on the posters that were a perfect mix of rage and humor.

Wypierdalać is a Polish word that means “get the fuck out of here.” If you’re in need of some pronunciation guidance, it’s pronounced a bit like vi-pyer-duh-latch but you absolutely must roll the R – like in Spanish or Russian or it won’t work.

Women were so often told to keep quiet, and to never show anger. We’re certainly are not supposed to swear.

“Do they have to be so aggressive,” some said.

“I’m not going to support desecrating and destroying churches,” others said.

But each time a vulnerable group voices their displeasure at being oppressed, the majority is shocked by the strength of the protests. “Can’t they do it nicely?”

The answer is no. For years, Polish women have tried to do it nicely. This is not the first time the government wanted to take away their rights to a life-saving and often necessary procedure.

Each time we voiced our dissatisfaction by taking to the streets. Surveys show that most men and women in Poland support the protests against the abortion ban.

That’s why the protesters have responded with a sarcastic mixture of politeness and vulgarity: Bardzo proszę wypierdalać. “Could you pretty please get the fuck out of here?”

According to the Catholic Church, which holds a lot of power in Poland, life begins at conception, even though even scientists can’t exactly say when a collection of cells suddenly becomes a human being.

But, as always, this isn’t about life and certainly not the protection of it. Because caring for life means caring for the women who carry it first and foremost – and the Church is certainly failing to do that. A ban on abortion means dangerous complications and a lack of care for pregnant women. In the US, Catholic hospitals make up for 22% of all hospitals and are known for denying women care and services that they often desperately need.

This endangers lives and can cause both physical and emotional damage to women. Abortion does not happen in a vacuum but it’s a crucial part of a network of services that provide care to women before, during, and after pregnancy. Especially when numbers show a ban won’t bring the numbers of abortions down. Women will still be having abortions, only now they could be deadly. As EU citizens, Polish women have the right to go to another country to have the procedure. In other words, this isn’t about life.

If it was about life, the Polish government would find ways to protect the women carrying lives as well as look for ways to improve the lot of parents raising disabled children, and disabled people themselves. If they cared about life – all life, in fact, they wouldn’t have declared several cities LGBTQ-free zones, and caused an atmosphere that took the lives of many gender non-conforming kids. They would not allow Black people and other people of color in Poland to be called racial slurs and beaten up. They would give parents money for the work they do raising children rather than throwing out breadcrumbs and pretending they performed a miracle.

The All-Poland Women’s Strike, established in 2016 – the first time PiS suggested banning abortions -has now turned into a movement calling for the increasingly authoritarian government to step down. Five countries – Czechia, Sweden, Norway, Iceland, and Denmark have already adapted their law to allow Polish women to have abortions there, for free. The support from the EU – and the world at large, with celebrities such as Miley Cyrus or Dua Lipa, has been incredible. We’re loud, and we’re getting heard all over the globe.

To anyone messing with the lives of women all over the world. Who considers us to be walking uteruses and not a person with a heart and a brain. Who thinks we can’t make smart decisions about our bodies and lives. To anyone who doesn’t give us the respect we deserve, this Polish woman has just one word to say: Wypierdalaj! 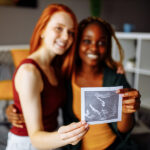 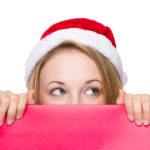